London based fintech Revolut officially announced the launch of its services in Singapore today. As early as last year the company has been stating that they “are launching soon” in Singapore. Fintech News Singapore anticipated in an earlier report that Revolut’s services will be made available by 2019.

According to their press release, Revolut has already secured 30,000 customers in Singapore.

Singaporeans will be able to enjoy the full suite Revolut’s services which includes the ability to spend overseas in over 150 currencies at real exchange rate, remittance, budget tracking, small change investing, peer to peer payments and bill splitting. 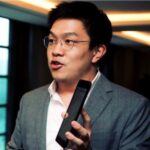 “The average Singapore resident travels about seven times a year, and at the same time, they are transferring up to $7 billion overseas. For the most part, these are ordinary, hard working people who are unaware that their existing providers are charging them as much as five percent in fees,”

In 2018, Revolut set up its Asia-Pacific hub in Singapore, where the London-based Fintech now employs twenty people. Revolut is planning to triple its headcount in Singapore in the coming months.