Vietnam’s fintech ecosystem is on the rise fueled by a surge in foreign investor interest and a desire from the government to boost fintech development.

The launch of the SBV Steering Committee on Fintech in March hinted at the government’s stance on financial innovation and brought clarity on some of the undergoing initiatives from the public sector.

The committee, which consists of representatives from the State Bank of Vietnam (SBV) and the National Payment Corporation of Vietnam, was given the responsibility of advising the central bank governor on the solutions to foster the ecosystem. This includes proposing a legal framework to facilitate the performance and the development of fintech companies in Vietnam, as well as provide guidance on strategies and plans for accelerating fintech innovation in Vietnam.

This comes as an increasing number of VC firms and investors are eyeing Vietnam’s fintech startup scene, attracted by the country’s young population and low adoption of conventional banking and financial services. 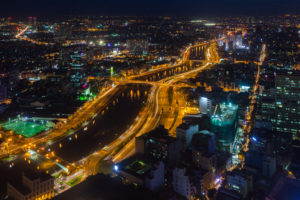 Most recently, two South Korean funds, namely Korea Investment Partners (KIP) and Mirae Asset Venture Investment, invested in Vietnam’s mobile app developer Appota. The first deal, which amounted to US$10 million, will be used to prompt the next stage in Appota’s development with the main area of focus being centered on fintech.

Amigo Technologies, which develops IT services and solutions for personalized financial services in Vietnam, is one of the country’s top five IT services providers by market share. Its subsidiary Vina Investment Development and Technology Transfer JSC has built the Paypost payment system, the largest in Vietnam, and currently serves the Vietnam Post.

Phang Yew Kiat, vice chairman and chief executive officer of Credit China Fintech, said that the deal was part of the firm’s plans to expand overseas.

“The acquisition of Amigo Technologies marks a defining milestone in Credit China Fintech’s international strategy and represents the first step for the group’s expansion outside China,” he said.

Figures from Topica Founder Institute estimate that in 2016, the total value of deals related to fintech startups in Vietnam reached US$129 million, accounting for 63% of all startup deals.

The largest deal that year went towards M_Service, the owner and operator of MoMo, a mobile payment app, which received US$25 million and US$3 million from Standard Chartered Private Equity (SCPE) and Goldman Sachs respectively.

The rise of fintech in Vietnam has been fueled by the country’s high Internet and mobile penetration rates, and its young, hyper-connected demographic.

Besides M_Service and its mobile payments service MoMo, other notable startups include Timo, an app-based neo-bank seeking to provide more convenient and cheaper banking services, Bitcoin Vietnam, a Bitcoin exchange and the operator of several other Bitcoin related services including Cash2VN and VBTC, and peer-to-peer lending platform TrustCircle.

Grab, Uber’s biggest ride-hailing competitor in Southeast Asia, is said to be looking to additional funding “in the near future” as it seeks to develop offerings such as financial services, its head said earlier this month. Grab, originally from Singapore, operates in Vietnam, Thailand and Malaysia, among many other markets.

The startup raised US$750 million in a funding round in September last year, with officials valuing it at over US$3 billion.