InsurTech Is Disrupting Insurance Forever – Will There Still Be a Place for Human Financial Advisors?

Wave after wave of technological disruption has hit us in recent years and it looks like the insurance industry is next in line. Insurtech is the new tradename for an aggressively growing group of apps, software’s, and startups reinventing a tired and lackluster insurance industry. In fact, the Insurtech industry is already forcing traditional financial advisors to seat up and take notice.

To further justify the growth of the Insurtech industry, The Monetary Authority of Singapore has committed S$225 million to the Financial Sector Technology & Innovation scheme (FSTI).

The Rise of Insurtech

In a 2016 study done by New York firm Lemonade, 90% of legacy insurers worry about new market entrants, fearing that will take over some of their business. Additionally, according to the Business Insider UK, the first quarter of 2016 received more investment than ever before in the Insurtech business with deals raising $650 million.

Why are Insurtech platforms thriving?

According to PwC a third (35%) of these Insurtech startups are focusing on ways to improve customer relationships, promoting transparency that may be lacking with human financial advisors. Additionally, as Fintech Finance rightly points out, Insurtech companies have the ability to transform the operational practices of the insurance industry, to the benefit of both business and customer. They offer a new and rich data source, providing new possibilities for underwriting, increasing customer centricity and reducing costs.

All these point to the inevitable situation where another industry that one assumed needed a distinct ‘human touch’ is ready to bite the dust. Or is it and where does this leave traditional financial advisors?

The Case for Traditional Insurance Advisors

Despite the hype built around Insurtech of late, according to a McKinsey report, financial advisors are more successful in clinching signed policies than digital channels. With over 65% of insurance purchases made through an agent, financial advisors can offer a human touch which proves to be more effective in establishing relationships with customers. Additionally, a new survey done by insurance technology firm Vertafore revealed that only one-quarter (23%) said they would be comfortable sharing personal data with an Insurtech startup, even if it resulted in a cheaper rate. The majority (78%) said they would prefer to work with a real person when reporting an insurance claim.

Therefore, even with the digital transformation of the insurance industry, the crucial element of human interaction that reinforces trusts remains critical. While InsurTech appeals to an emerging tech-savvy generation of customers, a trusted relationship between a financial advisor and the consumer. This begs the question – can Insurtech platforms truly replace human financial advisors?

Investment Advisory Services (PIAS), an affiliate of Aviva group of companies. IWM was featured in The Straits Times as being the first branch in PIAS to cross $10m gross revenue in the financial year 2016. Highly focused on training their advisors for the new financial advisory climate, they have one of the lowest industry staff turnover rates (less than 5% where the industry average is about 10%). They have been in Singapore for more than a decade. 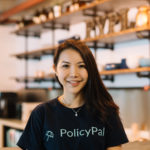 Ms. Val Ji-Hsuan Yap is the founder of Insurtech company Policy Pal, which displays all your existing insurance coverage plans on a single screen. It’ll tell you when to renew specific plans as well as when a premium payment is due.

They are part of the Monetary Authority of Singapore (MAS)’s FinTech Regulatory Sandbox, where it will be testing their product through a partnership with insurance providers NTUC Income and Etiqa insurance. They also recently received a round of seed funding from 500 Startups.