Financial regulators and private sector participants from Singapore and Chongqing discussed , at the second Singapore-China (Chongqing) Financial Conference (SCFC) in Chongqing, opportunities for deeper financial collaboration between the two cities.

More than 400 financial sector professionals and corporate leaders from Singapore and Chongqing participated in the 2nd SCFC. In conjunction with the conference, three Memoranda of Understanding (MOUs) were signed between financial institutions and corporates in Singapore and Chongqing, demonstrating the deepening of collaborative efforts between the two cities. The summary of the MOUs can be found in Annex 1. 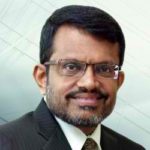 “The SCFC has helped to deepen the interaction among financial institutions and corporates from Chongqing and Singapore. The CCI Financial Services pillar has made remarkable progress in a short period of time, judging by the deals completed and collaborative projects being undertaken.”

“We hope that the SCFC has created a high-level interaction platform between Chongqing and Singapore’s financial regulatory bodies, to facilitate financial institutions and corporates from both sides to jointly create a mutually beneficial cooperation framework. This will promote a market oriented financial industry, increase efficiency in allocating financial resources and achieve greater and more effective integration between the Western Region of China and Southeast Asia.”

The CCI is the third government-to-government collaboration project between Singapore and China. Cooperation under the CCI covers four areas: (i) financial services; (ii) aviation; (iii) transport and logistics; and (iv) information and communications technology.  The vision for the Finance pillar is to promote Singapore Chongqing connectivity and innovation in financial services to facilitate economic transformation in Western China. 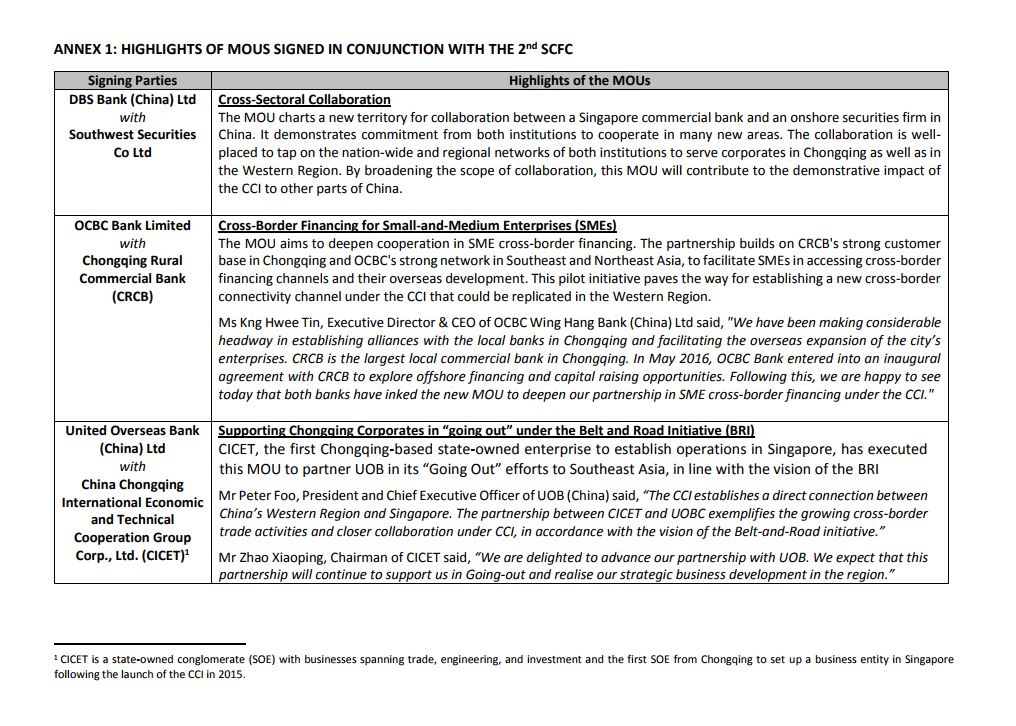