Top 10 Innovators Under 35 in Asia

MIT Technology Review announced the top 10 young Innovators under the age of 35 in the region.

The 10 ‘Innovators Under 35’ are given tribute annually at MIT Technology Review’s EmTech Asia conference. The list recognises the development of new technology or the creative application of existing technologies to solve global problems in industries such as biomedicine, computing, communications, energy, materials, web, and transportation.

“We are thrilled to be supporting IU35 for the second consecutive year. At SGInnovate, we strongly believe that ‘deep-tech’ startups will be critical players in tackling global challenges in new ways. These young scientists are working in areas such as energy, transportation, artificial intelligence, and biomedicine. All of these are vital to the future of humanity. We want to encourage and help these amazing men and women to have the courage and confidence to bring their research work to the market – where millions of lives could potentially be transformed.”

Now in its fifth edition, the “Innovators Under 35 Asia” program received a total of 132 nominations from talented researchers, inventors and entrepreneurs from countries including Singapore, Malaysia, Thailand, Philippines, Indonesia, Vietnam, Taiwan, Australia and New Zealand, for consideration for the 2018 list. This year, the list of 10 brilliant researchers and entrepreneurs come from Singapore, Australia and Taiwan. They are: 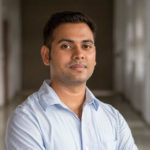 In 2013, Ajay received his Ph.D from Nanyang Technological University (NTU), Singapore, along with a Singapore-MIT Alliance Graduate fellowship. Between 2014-2016, he was a Postdoctoral Associate and as Research Scientist at SMART. In 2013, 2015 and 2017, Ajay was a visiting scholar at MIT. He is currently a Project Investigator (PI) for research projects funded by the SMART Innovation Center and the CENSAM Research Initiative.

His research focuses on nature-inspired sensor technologies, biomimetic materials, MEMS/NEMS, nanotechnology, biomedical devices etc. In 2016, Ajay founded a startup company called Sensornomics Pte Ltd which envisions to create new standards of care in biomedical devices. He is a young entrepreneur who leads a team of 4 researchers. He has published about 45 peer-reviewed papers, authored 1 book and held patents in sensor technology. 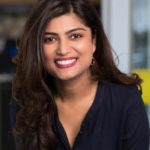 Dr Anjali Jaiprakash is an Advance QLD research fellow at the Australian Centre for Robotic Vision and Queensland University of Technology. She is a Robobiologist with a PhD in Applied Science and a Master’s degree in Biotechnology and Business. RoboHub announced Anjali as one of the world’s 25 Women in Robotics you should know about in 2017.

Anjali won a 2017 Tall Poppy Science Award aimed to recognise the achievements of Australia’s outstanding scientific researchers and communicators. Anjali was also a finalist at the top 5 under 40 in 2015 (A UNSW and ABC RN initiative) that recognized Australia’s next generation of scientific thinkers.

Anjali works at the intersection of medicine, engineering and design, with a transdisciplinary approach to develop medical devices that translate robotic vision into affordable systems that can be used to improve healthcare outcomes. This includes a light field retinal diagnostic system to replace the expensive and complex cameras currently used to detect abnormalities such as glaucoma or macular degeneration and decrease preventable blindness. 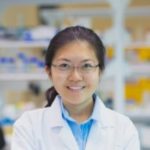 Dr Khoo Bee Luan is a biomedical scientist focused on innovating microfluidic devices for clinical utility. She leads a research team under the Young Investigator grant award by NMRC to utilise a microfluidic device for cancer management and evaluation, termed as the circulating tumour cell (CTC) Cluster Assay.

The CTC Cluster Assay aims to mimic parts of the tumour microenvironment in vitro by integrating a confined fluidic niche using microwells with hypoxia and tumour-associated immune cells. She has also developed microfluidic biochips for isolation of primary cancer cells, diseased blood cells or malaria-infected cells with relevance to early disease detection. 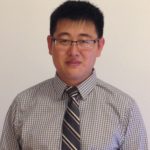 Dr Jiashi Feng is currently an Assistant Professor with Department of ECE, National University of Singapore. He received his B.E. degree from USTC, China in 2007 and Ph.D. degree from NUS in 2014. He was a postdoctoral researcher at University of California, Berkeley from 2014 to 2015. 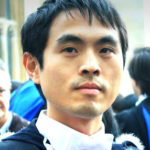 Dr Zheng is currently a Scientist in A*STAR and an Adjunct Assistant Professor in NUS. He received his B.A. and M.A. degrees in Chemical Engineering from University of Cambridge, and did his PhD and Postdoc at Stanford University under the tutelage of Prof Yi Cui and Prof Steven Chu, respectively. 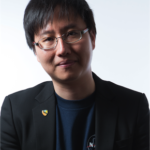 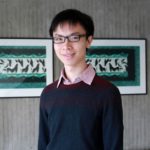 Min Hao Wong is currently a Chemical Engineering graduate student at MIT. His PhD research involved the development of unique nanosensor applications for agriculture (Nat. Mater. 17)  His work has been featured in global media outlets such as FOX, Forbes, TIME, BBC, and CBS.

BostInno named his work as one of the top 7 inventions to come out of MIT in 2016. Min Hao is also currently actively running Plantea, a start-up company focused on agricultural nanosensors. He is also the co-president of the South-East Asia Club, vice president of the MIT energy club, and a guest lecturer for 10.585 Engineering Nanotechnology. 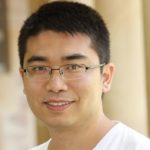 Dr Qilin Wang is an Australian Research Council (ARC) DECRA Research Fellow & Lecturer at Griffith University in Australia. He received his PhD from The University of Queensland (Dean’s Award) in Australia in 2014. Dr Wang’s research focuses on innovative biotechnologies for maximizing energy recovery/production from wastewater.

As a Principal Investigator (PI) or Co-PI, he has been awarded 7 competitive grants with a total research funding of ~$AUD 3.6 Million from Australian government, State government, industry and university. He has to date published ~ 80 fully refereed journal papers, most of which were published in Q1 Journals.

Weibo Gao, graduated from University of science and technology of China as bachelor and PhD student. Then he worked in ETH Zurich as postdoc from 2010-2014. Currently, he is a Nanyang assistant professor in NTU.

His research in quantum information and quantum photonics is published in several world-class journals such as Nature, Nature Physics, Nature Photonics and Nature Communications. Previously he has won Marie-Curie Fellowship in European Union, the recipient of National 100 Excellent Doctoral Dissertation Award in China, and Singapore National Research Foundation fellowship awards. 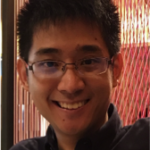 Yok Hian Chionh believes that the war against infections can be won if we proactively create systems that rapidly design cures, respond to, and treat patients during outbreaks. As a scientist, he discovered fundamental properties of genetic coding that enabled pathogens to survive hostile environments. As a drug developer, he helped bring an anti-Zika therapeutic from bench-to-bedside.

And as a maverick, he is exploring radically different science-based regulatory frameworks to expedite regulatory approvals of therapeutics while meeting safety and efficacy requirements. When he is not reading or writing scientific literature, he is probably drinking coffee, putting together balance sheets, or coming up with more crazy ideas.

Digital Technologies And Fintechs to Drive Financial Inclusion in Asia