The Vietnamese fintech industry is on the rise, fueled by growing interest from foreign investors and a desire from the government to boost financial innovation.

Today, there are about 48 operational fintech firms in Vietnam, which provide varied financial services from payments and remittances, to cryptocurrency and personal finance management. The period of 2015-2017 especially witnessed a boom of fintech firms with the appearance of some of the industry’s leading players including MoMo, Payoo, 123pay and Finsom.

2016 was the year of fintech deals. That year, fintech startups raised a total of US$129 million, or 63% of all startup deals (US$205 million), according to an annual report by Topica Founder Institute. Ventures such as Payoo, VNPT E-pay, Momo, and F88, led the deal values. 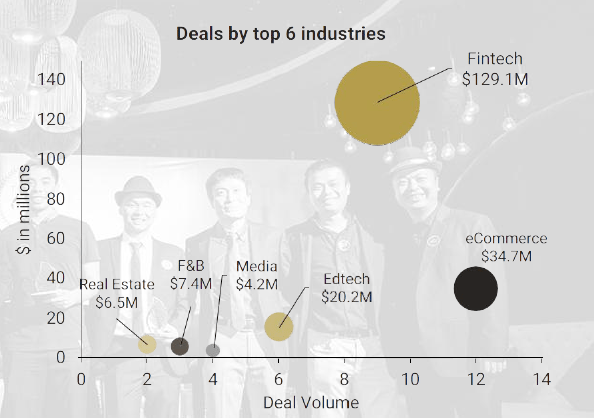 2017 was the really the year that the Vietnamese government seriously began taking a pro-active approach to fintech, launching initiatives and establishing committee to discuss strategies to foster development.

Here are some of the key events that happened this year in the Vietnamese fintech ecosystem:

The Series C funding round valued Appota at about US$50 million, the company said in an announcement on April 05.

Appota, which distributes digital content, primarily games, said it will use the new capital to diversify its products and services with a focus on advertising and fintech. 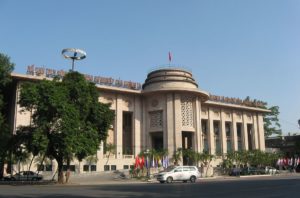 State Bank of Vietnam, via Wikipedia

The State Bank of Vietnam (SBV) Steering Committee on Fintech was launched March to advise the central bank governor on the solutions to foster the fintech ecosystem. This includes proposing a legal framework to facilitate the performance and the development of fintech companies in Vietnam, as well as provide guidance on strategies and plans for accelerating fintech innovation in Vietnam.

The committee consists of representatives from the SBV and the National Payment Corporation of Vietnam (NAPAS).

A new program called Fintech Challenge Vietnam was launched in November by the central bank to foster innovation in the financial services sector and promote greater financial inclusion in Vietnam. It is organized with the support of the Mekong Business Initiative and sponsored by the Vietnam Bankers Association.

Fintech Challenge Vietnam is targeted at fintech startups from Vietnam and abroad that are interested in collaborating with commercial banks to pilot and scale solutions that improve financial services in areas such as electronic payments, digital identity and KYC, open APIs, blockchain and peer-to-peer lending. 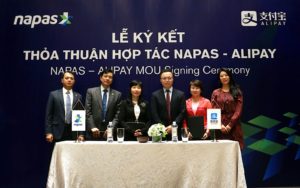 Under the agreement, Chinese travellers will be able to use Alipay throughout Vietnam via NAPAS member banks and its intermediary payment service networks. Out of the 9.4 million travellers that visited Vietnam in the first nine months of 2017, more than 2.9 million were Chinese, constituting the largest group of travellers to Vietnam, according to the Vietnam National Administration of Tourism.

Alipay joins Samsung Pay, which entered the market in September through a partnership with NAPAS as well. 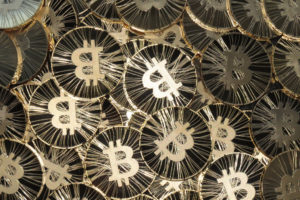 Some investors have reportedly lost large amounts of money, others, even their own house.

“I got unlucky and had to sell my house to pay my debts,” Hoang, an Uber driver in Ho Chi Minh City, told Tuoi Tre. He warned other investors to beware of pyramid schemes that advertise themselves as cryptocurrencies.

According to Tuoi Tre, the most popular digital coin among Vietnamese enthusiasts over the past years has been OneCoin, a Ponzi scheme promoted as a cryptocurrency originating from Bulgaria.

OneCoin is banned in several jurisdictions including Italy and Germany. Several members and investors of OneCoin have been arrested in India and China.

The cryptocurrency craze in Vietnam also led to some very weird projects popping up looking to raise capital through initial coin offerings (ICOs), a fundraising method that has grown in popularity in the startup world. One of these is Spacoin, a project that aims to develop a crypto token specifically for the beauty and spa industry.