Hanoi-based fintech startup BankGo has launched in closed beta a service that allows individuals and businesses to search, compare and easily apply for loans with the best interest rates. 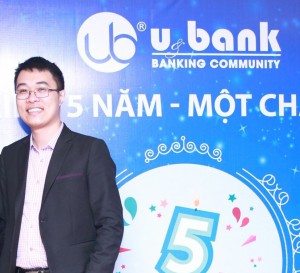 Speaking to Fintechnews, BankGo’s founder and CEO Vu Viet Hung indicated that more than 1,500 people registered to the service on the launch day last week. Hung said his team has received very positive feedbacks from customers and bankers.

BankGo is a financial comparison platform for personal loans (housing, car, consumer loans), credit cards, savings accounts and SME loans that aims to help customers get relevant information and support them in choosing the best options and alternatives to borrow money.

The service is entirely free for customers and earns revenue by charging a commission fee to the banks and financial institutions when deals are successfully closed.

Founded in 2011, U&Bank is the largest bankers forum and community in Vietnam with 300,000 bankers and future bankers, 10,000 verified bankers and relationship managers, and 40 bank partners.

BankGo leverages the network that Hung has been building throughout his years at U&Bank to offer customers the largest possible catalog of loans.

U&Bank team and partners during its fifth anniversary party

Hung said that with BankGo, he wants to contribute in making financial information in Vietnam more transparent and provide Vietnamese people with better banking services and financial products.

Hung also indicated that the Vietnamese loan market has been growing fast, noting that in 2014, consumer loans reached US$10.4 billion in sales volume.

In Southeast Asia, the growth of the credit and loan industry has led to the emergence of multiple players who, similarly to BankGo, are leveraging technology to provide greater transparency and an easier, more appropriate method to apply for loans.

Hong Kong-based CompareAsiaGroup is one of the leading financial comparison services in Asia. The firm, which operates a number websites in the region, has raised US$46 million in funding and is valued at around US$120 million.

CompareAsiaGroup has a presence in Hong Kong, Indonesia, Malaysia, the Philippines, Singapore, Taiwan and Thailand. The firm is probably working on a service called MoneyHero.com.vn dedicated to the Vietnamese market, but this page is since nearly 2 years not online.

For the year 2016, Hung said he hopes to reach a client base of 200,000 users. This year, BankGo is expected to help Vietnamese businesses and individuals borrow some US$4 million worth in loans, he said.

BankGo is currently raising capital for its Series A funding round.