Dragonfly Fintech, a Singapore startup that develops blockchain technology for the financial services and banking industry, has signed a contract with Nomura Research Institute (NRI), in conjunction with the Japanese SBI Sumishin Net Bank.

Under the agreement, Dragonfly Fintech will provide NRI with its blockchain technology, a set of practical tools under a framework called the Automated Clearing and Electronic Settlement (ACES) initiative. The collaboration will be focused on conducting a proof-of-concept test of the application of blockchain technology to the core architecture of SBI Sumishin.

ACES is a distributed and decentralized blockchain system which uses the core technology of the NEM project to provide banks with a full stage service allowing them perform Settlement and Clearing house activities themselves and provide settlement on the fly with reduction in counterparty risk. 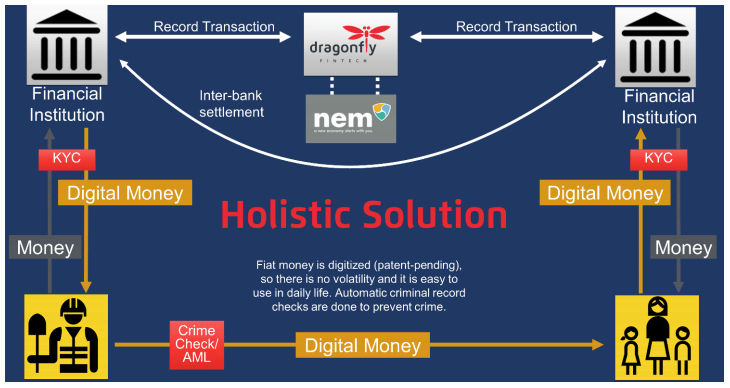 The partnership between Dragonfly Fintech, NRI and SBI Sumishin Net Bank, comes at the time when an increasing number of Japanese banks and financial institutions are exploring the merits of blockchain technology to streamline their processes.

In February, Japan’s bourse operator, Japan Exchange Group Inc. (JPX), announced that it was teaming up with IBM to start testing the blockchain technology to eventually implement the technology in financial transactions. Both companies are currently in the experimentation phase and will first conduct proof-of-concept tests in markets with low transaction volume.

One is a strategic partnership with leading technology solutions corporation Cognizant Technology Solutions to develop a record-keeping system for documents among Mizuho Financial Group companies around the world.

The other project is a collaboration to use Microsoft’s Azure blockchain-as-a-service with three local companies: Information Services International-Dentsu, CurrencyPort, and Microsoft Japan.