The Philippines is believed to be an attractive market for the introduction of digital banking and fintech solutions, thanks to its young population, high Internet penetration rate, and yet low digital payments adoption.

Numerous fintech players have entered the market and several of these have gained notable size and recognition. Here are eight fintech startups in the Philippines to keep an eye on this year: 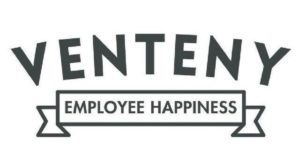 Venteny offers employee benefits and loan services for companies. It allows companies to institute an employee loyalty-point system. Employees are incentivized by discounts to restaurants, hotels, gyms and other activities. In partnership with banks and non-bank financial institutions, Venteny customers can take out short-term loans.

The startup raised two rounds in 2017: the first one, an undisclosed seed funding round, was closed in February and led by Singapore’s KK Fund with participation from Japanese financial group Ocean Capital; and the second one, the startup’s US$2.3 million Series A, was announced in December 2017 and led by SBI Investment with participation from SV-FINTECH Fund, angel investors as well as an unnamed Singaporean firm.

Venteny is looking to expand into other ASEAN markets while focusing on gaining additional values of financial services for company employees in the region. 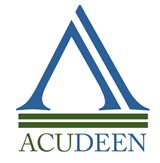 In June 2017, Acudeen Technologies raised US$6 million to further help businesses grow in the Philippines. The funding came from Rizal Microbank, a Filipino banking corporation. “With this partnership, we’ll be able to reach out to more micro-SME business operators. It is really aligned with our enhanced business model,” said Rizal Microbank president Bong Roxas

“Rather than spending capital, resources on building structures (branches), I would rather use this money to finance the micro-SMEs. This is the sector in the country that can multiply jobs, it has bigger social impact.”

Acudeen Technologies won an international startup competition for emerging markets, bagging US$500,000 in investments from Seedstars in April 2017.

First Circle provides a digital platform focused on offering short-term trade credit to SMEs. Its mission is to empower small businesses in emerging ASEAN markets by allowing them to access formal financial services and participate in wider economic activities.

Since the startup’s launch in 2015, First Circle has served hundreds of Metro Manila micro-SMEs from different industries, working in partnership with leading e-commerce platforms such as Lazada and Zalora. First Circle is also a partner of Acudeen Technologies.

First Circle raised US$1.3 million in venture capital from Accion Venture Lab and Deep Blue VC in April 2017. The funding followed a previous investment of US$1.2 million in seed funding from 500 Startups, IMJ Investment Partners, and Key Capital last October 2016.

The startup is currently evaluating potential expansion options as Indonesia or Thailand.

PawnHero is an online pawnshop service in Southeast Asia that aims to solve the problem of expensive credit for consumers in emerging markets. It was first launched in the Philippines in February 2015.

PawnHero allows users to pawn and/or sell their personal belongings in exchange of money. The process is done online and users simply need to schedule a fully insured and free pickup via PawnHero’s trusted logistic partner 2GO, or drop off their items to a 2GO branch. PawnHero sends the money either via bank wire, or through the PawnHero Card – a debit card the company provides customers with for free.

PawnHero signed a partnership with FINTQ, the fintech arm of PLDT, in August 2017. FINTQ runs the Philippines’ online marketplace platform for consumer loans Lendr. The move came shortly after PawnHero raised US$9.7 million through a financing deal with a Philippine investment bank in August 2017.

Blockchain startup Tagcash has built a platform that aims to serve as a hub for payments, loyalty programs and social sharing. The platform works with a mobile app that lets users check balances, make transactions and peer-to-peer payments, deposit, withdrawal funds, and more, that supports such cryptocurrencies and conventional currencies.

Founder Mark Vernon said it was inspired by WeChat’s success and wanted to create a similar platform for the Philippines that combines social media features with financial services.

Tagcash is looking to raise up to US$16 million in an ICO by selling a total of 80 million TAG tokens, priced at around US$0.2 per coin. The startup has applied for a virtual currency license and a e-money issuer license from the Banko Sentral ng Pilipnas.

Qwikwire is a cross-border billing and invoicing platform for enterprises in the Philippines. The platform connects clients to international banking facilities not available in their own countries.

Qwikwire currently specializes in providing solutions for property developers and banks with tools to identify, trace, and manage payments from clients.

The platform is designed to work with the finance and accounting departments of large enterprises by providing administrators the ability to automate report generation for a more efficient management of payments enterprises receive.

Qwikwire won the Ignite PH pitch competition and was awarded a cash prize of US$5,000 in July. The startup is looking to raise US$9 million in an ICO. It has recently launched AQwire, the first blockchain-powered platform for property developers to list their properrties to international buyers.

Salarium aims to be the go-to payroll solution for businesses located in Southeast Asia. The company provides an enterprise payroll software at a price point that can be availed by any business. By using a multi-module system, the company seeks to help companies automate payroll from punch-in to payout.

Salarium usually costs US$5 per user or employee. However, every employee paid via SAL Pay does not get charged the US$5 fee. SAL Pay is another service of Salarium which pairs a payment card with an electronic wallet, giving employees a convenient and secure way of getting paid. If a company disburses or pays for at least 90% of all employees via SAL Pay, then Salarium is completely free.

Salarium won the Seedstars global challenge, winning a US$500,000 worth of investments in 2015. The startup is now looking to raise US$20 million in an ICO.

Founded in 2003, TrueMoney provides e-payment services in Southeast Asia. TrueMoney has a presence in the Philippines, Thailand, Vietnam, Cambodia, Myanmar and Indonesia.

The company’s flagship service called TrueMoney Wallet, is an electronic wallet that allows users to scan and pay bills, top up and purchases. TrueMoney also features an online payroll service and a remittance service, and has initiated cross-border remittance from Myanmar and Cambodia, to Thailand.

In the Philippines, TrueMoney has a distribution network comprised of 5,000 TrueMoney Centers, which are currently capable of performing remittance transactions, bills payment, gaming credits, and payments for e-commerce purchases.