Life.SREDA: ‘Second Wave’ Neobanks Are Coming From the UK

Mobile bank users globally are forecast to more than double by 2019, according to a 2015 KPMG report, and the millennial generation, born from the 1980s to the early 2000s, may well be the reason of this emerging trend.

Real-time mobile access to personal financial information has become a baseline expectation among millennials today and banks are starting to understand that. One of the latest banks to follow the trend is Caixa Bank, one Spain’s largest financial institutions, which launched earlier this year its mobile-only bank called imaginBank. In a release, Caixa Bank pointed out that the reason of this particular move was to respond to “the need to connect with customers in the 18-35 age bracket.”

Convenience, real-time access and lower banking fees are the main reasons why millennials prefer digital banks (67% according to KPMG), and since the first wave of new market entrants (notably Simple in 2009), a “second wave” of digital banks has started to emerge, according to Singapore-based VC firm Life.SREDA. This time, these “neobanks” are coming from Europe, and most particularly the UK.

There are almost 30 new banks starting up in the UK, according to Life.SREDA, a trend that could well be explained by the various local regulator steps to stimulate the emergence of new players and their licensing in the country.

These new players include: 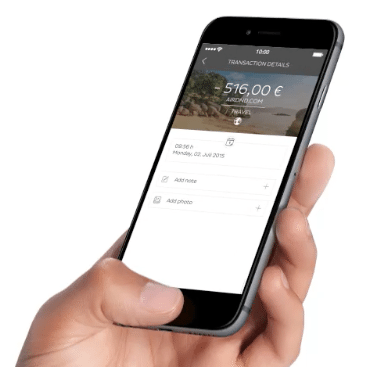 Based in Berlin, Number26 aims to revolutionize the traditional banking industry and the way people spend.

Number26’s banking partner Wirecard Bank, holds customers’ money, as well as the banking license. Users can open a bank account (for free) in just 8 minutes by downloading the iOS or Android app, and apply for a MasterCard.

Number26 wants to act as a fintech hub and integrate other financial products into its app. The company is planning to provide credit, saving and insurance products in the future.

Atom Bank, a UK mobile banking startup and app aimed at hip, youthful consumers, has yet to launch its commercial service.

Atom Bank will let users manage and monitor their finances via a mobile app.

In addition to personal banking and savings, Atom plans to offer other services such as business banking, loans and mortgages, and potentially some kind of social media forum dubbed “Shared Wisdom.”

Launched earlier this year, Tandem is the second digital-only financial services company to be granted a banking license by the UK government.

Tandem is a new, online-only, mobile-focused bank with no branches (although it will have call centers).

Tandem aims to differentiate itself from the rest of the market by using customers’ data to offer good deals on the money they spend, such as utility bills as well as on financial products.

Danish Lunar Way is seeking to spread across Northern Europe, bringing its mobile-centric banking services to a number of countries by partnering with local regulated banks.

Lunar Way is a digital bank targeting the millennial generation. The service aims to provide easy and personal banking, driven by mobile technology.

Lunar Way has signed up a partner bank in Denmark and is currently in negotiations with local banks in Norway, Sweden and Germany. 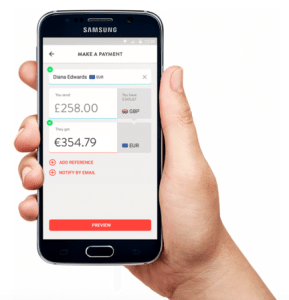 Monese lets European people open a UK account fast, which they can manage on their smartphone via an app. Monese provides users with a contactless debit card operating on the Visa network.

The service lets customers hold multiple positive balances in different currencies and allows them to send money abroad cheaply (0.5%) without any hidden fees.

The Monese account is free and it only takes a couple of minutes to open one through the mobile app.

Starling Bank is a digital bank that plans to provide people with “the kind of innovative leaps in their financial lives that they have experienced in transportation and video streaming,” according to Harald McPike, a quantitative trader and investor in the company.

Starling Bank, which applied to the Prudential Regulation Authority (PRA) and the Financial Conduct Authority (FCA) at the end of 2015 for a banking license, raised US$70 million earlier this year from McPike. 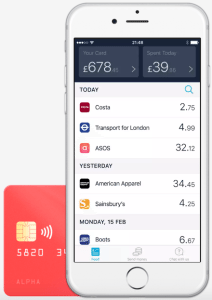 Mondo, a product of UK-based Focus FS Ltd., is a new challenger bank currently in a testing phase. Mondo has applied to the UK’s Prudential Regulation Authority and Financial Conduct Authority for proper licensing.

Mondo is releasing around 500 pre-paid debit cards and 3,000 invites for the Alpha Preview.

The service intends to provide an “entire experience designed around your smartphone,” according to founder Tom Blomfield.

The app uses all the data it collects to give clever visualizations of what is spent where, as well as spot anomalies. It also uses geolocation on the phone to track this.

Secco is slightly different from other challenger banks as it intends to operate as an underlying service hidden in all the apps we use everyday.

Secco, which is still waiting for a banking license, relies on a private distributed database of customer data. This distributed database, dubbed “blocktree,” is an awaiting patent that is said to be solving many of the Bitcoin’s blockchain problems.

Fidor Bank is a digital bank founded in Germany in 2009 in an effort to re-establish lost confidence in banking with new and customer-focused services.

Fidor Bank has offices in Berlin and Munich, and a small team in London. The bank serves some 100,000 people and currently offers 25 different products including brokerage services, precious metals trading facilities, crowdfinancing offers and peer-to-peer loans.

The Hottest Fintech Companies in Singapore in 2017