As part of Singapore’s plan to become the world’s first Smart Nation, the city-state’s financial regulator and central bank has announced a series of initiatives aimed at fostering the fintech sector and build its Smart Financial Center.

The Monetary Authority of Singapore (MAS) announced yesterday that it will start regulating fintech companies only when they grow to a sufficient size to pose risks to the wider financial system.

“If you start regulating every one of those, you stifle a lot of innovation, and they don’t get a change to grow. So only when they grow and reach a certain critical mass, which then poses a significant impact on the system, or it can affect a large number of consumers, then we step in to regulate. It’s always a fine balance.” 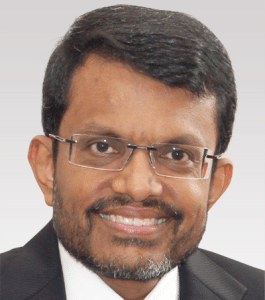 The news comes amid a potential agreement between the Australian Securities and Investments Commission (ASIC) and MAS unveiled earlier this week that intends to ensure that regulation does not hinder the progress of fintech startups looking to operate across the countries’ borders.

Under the agreement – which is based on a similar cooperation agreement between ASIC and the UK Financial Conduct Authority signed earlier this year –, each regulator would refer to the other fintech businesses seeking to enter the other’s market, and provide support to startups that have been referred to them by the other regulator.

MAS has been trying to encourage the fintech sector, setting up in August 2015 a Fintech and Innovation Group to promote the industry and committing S$225 million (US$167 million) over five years in fintech projects.

One of MAS’ latest initiatives to foster the fintech ecosystem is the inaugural Singapore Fintech Festival, a five-day event from November 14 to 18, 2016, that promises to bring together the global financial community to celebrate fintech.

The Festival, organized by MAS in partnership with the Association of Banks in Singapore (ABS), will consist in a series of distinct fintech events for the global fintech community. It will include speeches, presentations, networking sessions but also the Demo Day for the “hackcelerator,” during which 20 finalist teams will present their ideas and prototypes into market-ready solutions. It also will include the MAS FinTech Awards .

Moving forward in its plans to enable a cashless society, MAS is working on a new peer-to-peer “all-in-one” payments system that would allow citizens to pay each other using a mobile number, email address or social media account, without the need for a bank account.

The authority is also developing a unified point-of-sale terminal that can real all kinds of cards at retail and hospitality outlets. Menon indicated that MAS is working with financial institutions to leverage new technologies, including open APIs, to share aggregated data.

The aim, he said, is to create greater interoperability across data systems and harness the full potential of technology to improve market and risk analysis, forecasts and projects.

“The idea is not to remove all risk. Failure is an inherent part of innovation,” Menon said. “Rather, we want to create an environment where is an experiment fails, it fails safely and cheaply, without larger adverse consequences. MAS will soon issue guidelines for public consultation on how the regulatory sandbox will work.”

Finaxar Wins the Visa Everywhere Initiative with its Financing Solution