Philippines is a fascinating market, HSBC predicted that in 2050 Philippines will be the 16th largest economy in the world, 5th largest in Asia and largest in South East Asia ahead of its neighbours like Singapore, Malaysia and Indonesia.

Yet, despite being projected as a fast growing economy in the region, Philippines is riddled with many fundamental issues within its financial services sector. According to World Bank, 69% of its adult population remains unbanked, that is a staggering number!

All around the world we see trends of fintech firms emerging to serve this largely underserved market.

In October 2015, Bangko Sentral Ng Pilipinas which is the central bank for Philippines announced that they will be closely monitoring the development of fintech. The central bank is currently still taking a very cautious stance

“One of the (banking) challenges we’re looking into right now is the FinTech kind of solutions because it’s a game-changing tool. It changed the business model of banks in payments and trade,” said BSP deputy governor Nestor A. Espenilla Jr.

In 2016 the transaction value of fintech clocked in at 4.9 billion. So is Philippines embracing fintech to resolve this issue? Let’s explore. 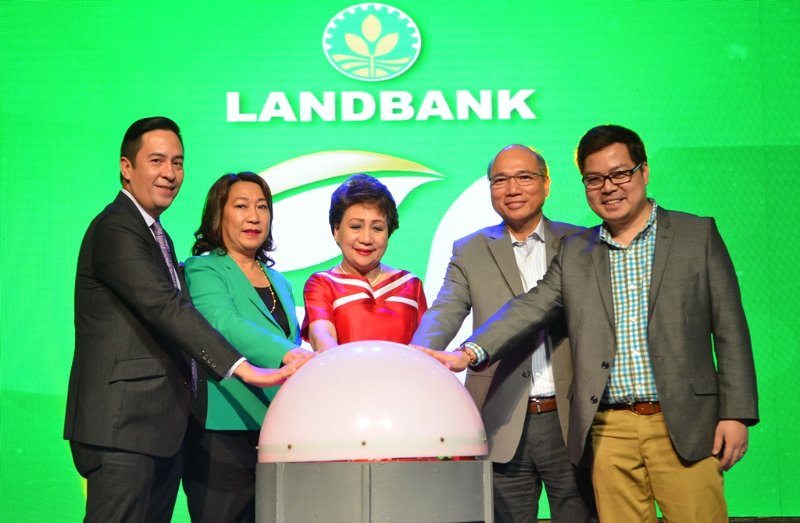 Landbank of Philippines ranks amongst the top 5 commercial banks in the country in terms of deposits, assets, loans and capital. It’s a government linked financial institution with a specific loan portfolio focus of farmers and fishermen, small and medium enterprises and microenterprises, livelihood loans and agribusiness, agri-infrastructure and other agri- and environment-related projects, socialized housing, schools and hospitals

One of the notable examples of partnerships between banks and fintech were between Landbank and Voyager Innovations and Smart Emoney. It is interesting to note that both Voyager Innovation and Smart Emoney are units under PLDT which is short for Philippines Long Distance Telephone Company. PLDT is a local telecommunications provider and internet service provider in Philippines

In their partnership they launched the LMLS which is short for LANDBANK Mobile Loan Saver, which is the country’s first paperless payday loan programme. As of 31st March 2016 the programme processed roughly 1.5 billion USD worth of loans.

With LMLS, loan applicants are not required to visit the branch and go through the painful process of filling up loan application forms. Which is increasingly important in Philippines, because banks are not exactly very accessible for some in the rural areas.

Loan applicants will only need to send a text message from their SMART prepaid card and fill up the application online and it is available 24/7. What’s really interesting is that 20% of the applications were processed outside of banking hours. This is a clear example of an increasingly connected digital market and perhaps a sign for banks to make more of their services available to their customers outside of the typical banking hours. 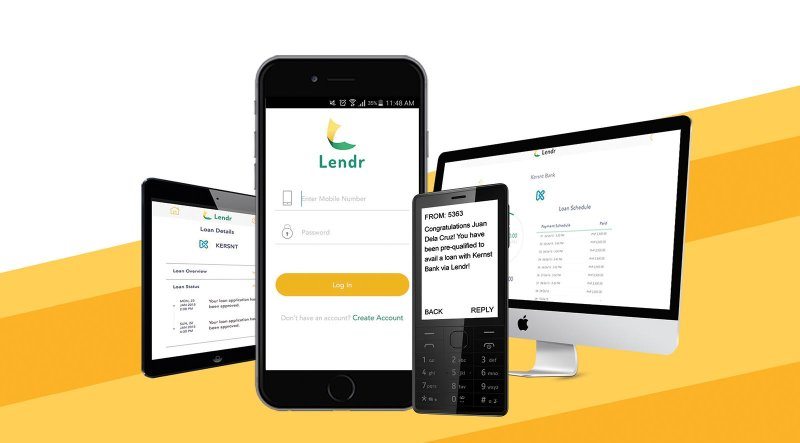 Lendr is full-fledged digital omni-channel platform that is telco and bank-agnostic in which the financial services industry can use to reach consumers planning to avail themselves of loans through a single online “marketplace.”

In late 2015 Lendr secured its first banking partner, China Banking Corporation. Despite being named China Banking Corporation, strictly speaking it is not a bank from China. The bank was set up by a group of top Chinese businessmen in the 1920’s. In fact their operations in China only began in 1925, 5 years after its inception in Manila. It is the top 10 largest banks by assets in Philippines

Much like Land Bank’s LMLS programme, applicants need not show up at a branch, they can simply go through the entire loan application process via Lendr which is accessible easily via mobile

With the partnership, clients of China Bank Savings can now complete the loan application process online, track their loan application and monitor their monthly loan payments, balance and other amortizations.

Following China Banking Corporation’s partnership, several major banks like Union Bank and Philippines National Bank followed suit and signed up to be a part of the online loan marketplace. If this sounds really similar to the LMLS programme, it is because Lendr is also part of PLDT 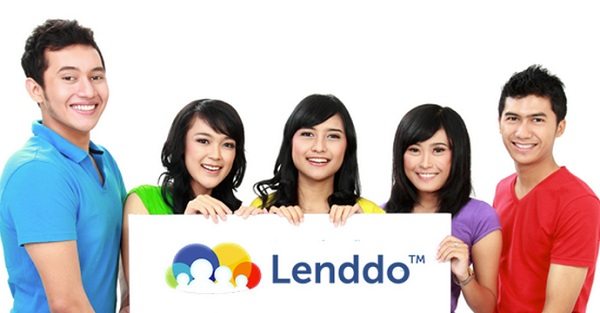 Lenddo is a credit risk and verification technology that uses massive amounts of opt-in alternative data such as Facebook and Linkedin. According to its founder the algorithms are self-learning and it constantly incorporates new data sets to maximize its predictive power. Lenddo set up shop in Philippines in January 2011 and is now present in 15 countries.

One fascinating fact that is not known to many outside of the Philippines and the industry is that there is no centralized credit scoring agency in the country. Only in 2008 did the government set up the Credit Information Corporation and said that that they will have 80% of the relevant data ready by 2016 which they only announced back in 2014! This made Lenddo’s solution that much more relevant for the Filipino market.

A solution like Lenddo would be very well suited to be used by the plethora of fintech companies who are involved with P2P lending and online loan market places, to help them better manage their credit risk.

While the banks in Philippines have not reacted as swiftly nor as aggressively compared to many of its ASEAN neighbours there are some interesting fintech startups emerging from this country. The Philippines space will definitely be an interesting one to watch in the years to come.

It appears that telco players like PLDT are especially dominant in comparison to banks in Philippines, every corner you turn in the fintech space within Philippines, you’re bound to run into an innovation from Voyager. It is no wonder that its Vice President and Head of Fintech, Lito Villanueva is named as one of the top 100 Fintech Innovators.

Which is why, we are very excited to say that Lito will be speaking at BankTech Asia Manila on the 24th-25th May 2016. I’m personally looking forward to his session during the event, and I’m pretty sure some interesting insights will come out of it.

Check out the event here,

Disclaimer: Fintechnews.sg is media-partner of this event and will be in Manila as well.

Source, this article has been first published on LinkedIn Pulse

BankTech Asia Manila the Philippines The State of Fintech in Philippines