The financial services industry is undergoing profound shifts facilitated by technologies including artificial intelligence (AI), robotics and the Internet of Things (IoT), but according to Refinitiv, AI will be the single greatest enabler of competitive advantage in the financial sector.

According to the study, 90% of the C-level executives and data scientists surveyed have already deployed machine learning either in pockets or more fully across their businesses. Approximately three quarters said that machine learning is a core component of their business strategy, and that they are making significant investments in it. 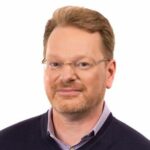 “The benefits extend beyond automating rules-based repeatable tasks once done by humans,” said Tim Baker, the Global Head of Applied Innovation of Refinitiv.

The research found that the top applications are in business-critical areas such as risk avoidance (82%), performance analysis and reporting (74%), trading and investment idea generation – aka seeking alpha (63%), and automation (61%).

Respondents cited making informed decisions with better quality data (60%) as the primary driver of investing in developing and deploying machine learning models. The desire to increase productivity and speed is second most important reason (48%), and cost-cutting (46%), the third.

According to American Banker, AI is projected to cut costs and increase productivity to the tune of US$1 trillion for US financial institutions.

The study also found that data quality is the biggest barrier to the adoption and deployment of machine learning. Data quality relates both to data that is missing and data that is wrong. 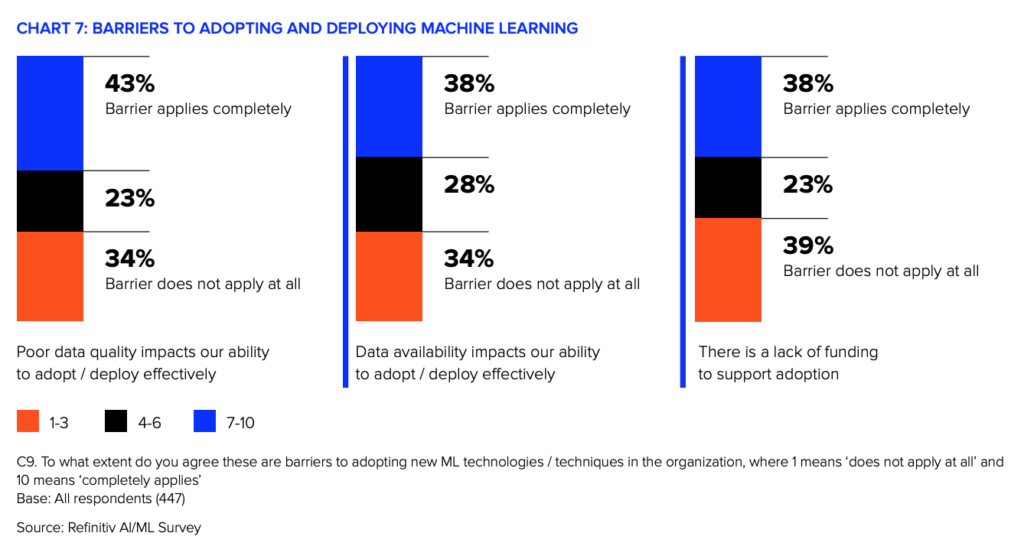 Additionally, findings show that three of the top four challenges when using new data in models relate to data quality. The challenge of having sufficient capacity to manage data, which is third from top, also relates indirectly to data quality in that poor quality data takes up data scientists’ time.

The research found that adoption of AI and machine learning in financial services varies by region. Innovation in AI and machine learning has come largely from North America, out of universities such as Stanford, Berkeley and MIT. Hence, financial institutions in the US and Canada are the front-runners, though Refinitiv expects the rest of the world will soon catch up.

Another reason for this current lead, according to the firm, is that the financial market in North America is more homogeneous than in the rest of the world. With traders primarily focused on equities, there has always been an appetite for more data and analysis in order to gain an edge on the competition.

In Europe and other markets, trading is more diverse, focusing more on currency, foreign exchange and fixed income, as well as equities, and involves language differences and regulatory complexity.

Asia is Ahead of Europe

Refinitiv also notes that Asian institutions are more advanced in some areas than those in Europe, such as in machine learning being core to the business and projected growth in numbers of data scientists. At the same time, European organizations are leading those in Asia in terms of having deployed machine learning.

IDC estimates that banks will spend US$5.6 billion on AI solutions in 2019. 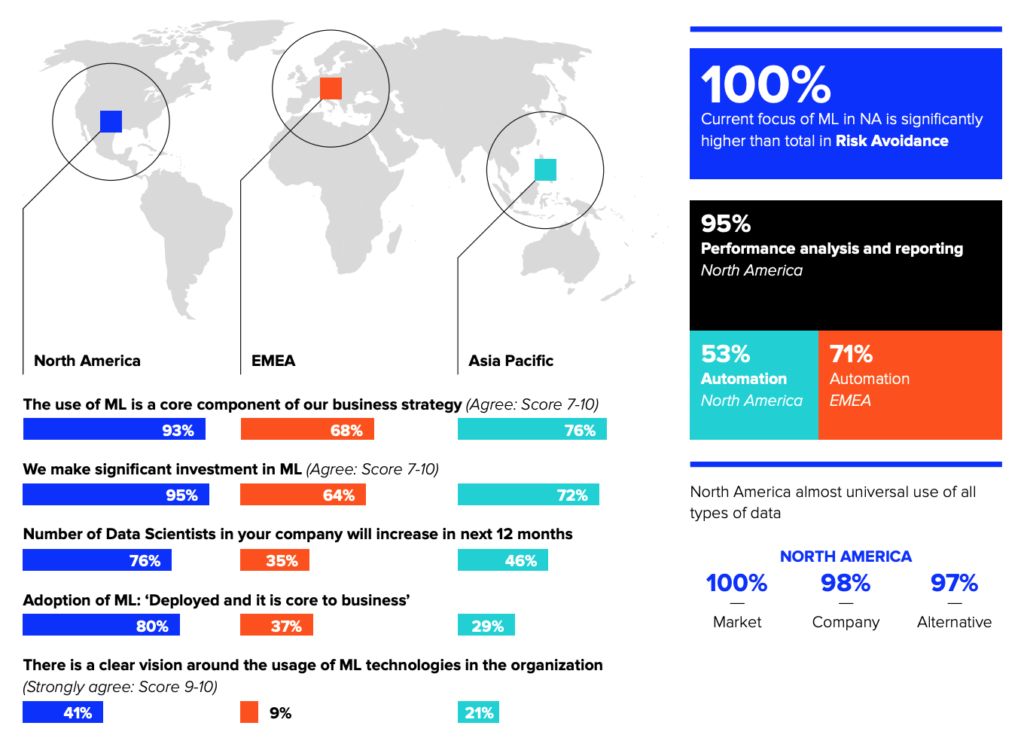 The Refinitiv Artificial Intelligence/Machine Learning (AI/ML) Survey took place in December 2018 during which the company conducted more than 400 telephone interviews with data-science practitioners and C-level data-science decision-makers in financial institutions with annual revenue of more than US$1 billion. 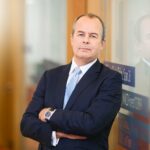 “This survey confirms the important role AI and ML play in the transformation of financial services and can aid your organization on its technology journey. In the end, data is just the beginning.”

You can download the full AI and machine learning study here free of charge.