A remittance corridor is the space between two countries between which money flows in and out. Put simply, if money is moving from one country to another, then it will move through a remittance corridor established between the two. The new platform, Send4x claims to cover more than 9,000 corridors spanning 45 sending countries.

Azimo, InstaRem, OrbitRemit, SendFX, TransferWise and WorldFirst were unveiled as the first batch of providers on the platform to start with, and more are intended to join the pool.

Their stated goal is to combat opaque money transfer prices and processes plaguing Asia, particularly in some emerging markets. 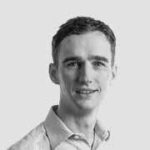 “In Europe, alternatives to traditional banks for remittance have existed for some time. We see this same trend emerging in Asia now with the growing fintech activity and record investments in Southeast Asia. With Send4x, we want to provide price transparency for all these new local providers, neo-banks or even mobile wallets, allowing users to compare cost breakdowns across both modern and traditional players in the money transfer industry, so they can get the best deals.”

TransferWise Bids Farewell to Head of Asia-Pacific Expansion, Lukas May