Digital Wallet Corporation (DWC) today announced its entry to the Philippines through the acquisition of a licensed remittance and foreign exchange company, Speed Money Transfer Philippines, Inc. (SMTP) with operations in the Philippines and Australia.

With this acquisition, SMTP is renamed Digital Wallet Philippines, approved by the Bangko Sentral ng Pilipinas. DWC will expand its mobile wallet technology, Smiles Mobile Remittance (Smiles), through Digital Wallet Philippines. SMTP’s customers will benefit from the convenience of using DWC’s mobile wallet services to receive and transfer funds, both domestically and internationally, at any time through the Smiles mobile phone application. 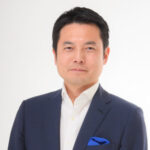 “Our Philippines acquisition is the first step in our global expansion strategy to deploy our Mobile Wallet service ‘Smiles’ to Asia and Europe. As we continue to expand our global services and footprint, my vision is for Digital Wallet Philippines to fast-track our growth in the market and to grow the team to 3 to 5 times its size by 2020.”

In Japan, Smiles has gained a loyal customer base among migrant Filipinos working in the country since it launched in 2017. Since then, it has grown to be the most popular mobile remittance service in Japan.

Funds raised from DWC Token are channeled towards global expansion of DWC’s wallet service as well as investments in agriculture, farm, and commercial and hotel developments in the surrounding areas of upcoming airports in the Philippines and other Asian countries.

“DigitalWallet Philippines aims to allow unbanked customers to benefit from financial services such as remittance, foreign exchange, and payments through their mobile devices. In future, we aim to provide them access to investment projects in the Philippines through the Digital Wallet Project, offering such opportunities which would previously not have been possible. We see the potential of cryptocurrency to be a universal financial platform and an alternative to traditional project financing.”

The Philippines was the fourth-highest remittance recipient globally at USD34 billion, trailing Mexico at USD36 billion, China at USD67 billion and India at USD79 billion. According to the World Bank, remittances to low and middle-income countries reached a record high of USD529 billion in 2018 and are expected to reach USD550 billion in 2019, to become their largest source of external financing.

The high cost of money transfers erodes the purchasing power of the receiving families. Reducing remittance costs to less than 3 percent by 2030 is a global target under the UN Sustainable Development Goal (SDG). Such goals could now become a reality with fintech players like DWC to lower remittance costs and provide convenient services.