Singapore is one of the world’s largest financial markets, a position it has earned thanks to its business-friendly environment, excellent government support, easy regulation and access to specialist knowledge.

And with technology rapidly changing the financial services landscape, it comes with little surprise that Singapore has been putting a lot of effort in turning itself into a top fintech hub. And it is safe to say that the city state has succeeded in doing so.

Today, Singapore is home to the largest fintech startup ecosystem across Southeast Asia, recording some 490 fintech startups. Not only has it birthed some of the region’s hottest startups, the city-state has also become the go-to location for foreign players looking to expand overseas.

Swiss solutions in particular have been in high demand in Singapore, and there are good reasons for that. For one, Switzerland has enormous expertise in the rapidly growing area of fintech and regtech, being the birthplace of startups such as Advanon, AAAccell, NetGuardians and Apiax. The country is also very innovative and has led the Global Innovation Index for several years, a particularity that also reflects on its fintech and regtech companies. Additionally, Swiss companies are known for their expertise, adaptability and highly-skilled employees, qualities that make them reliable partners.

Which Swiss regtechs are active in Singapore?

So far, at least four Switzerland-native regtech companies have expanded to Singapore. 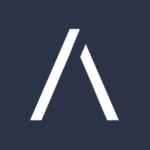 Apiax is perhaps the most notable one. Headquartered in Zurich and founded in 2017, Apiax is an award-winning regtech startup that has developed a powerful toolset to master regulations digitally. The company has built a comprehensive solution to transform written regulations into digital compliance rules and to make these rules available across complex organisations. Businesses can also access a range of ready-to-use rule sets on different regulatory topics provided by Apiax’ content partners.

Boasting a team of over 25 experienced regtech specialists, Apiax recently raised US$6.6 million in a Series A funding round to invest in product development and finance its expansion to Singapore. Currently, the company is working on new products tackling data protection, fund distribution, as well as tax-impact calculation. It is also looking to expand beyond financial services to serve other industries as well.

Apiax has received numerous accolades, including the title of Startup of the Year at the Swiss Fintech Awards in March 2019, and was named by Fintechnews.ch one of the hottest fintech startups in Switzerland. The company will have a booth – Kiosk #4ZS10 –  at the annual Singapore Fintech Festival taking place from November 11 to 15, 2019. 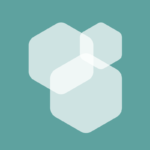 Another major Swiss regtech player that is active in Singapore is NetGuardians. Established in 2007, NetGuardians is a leading Swiss fintech and regtech company helping more than 50 Tier 1 to Tier 3 banks worldwide to fight financial crime.

NetGuardians has gained worldwide recognition for its fraud detection and risk attenuation solutions developed by experts specializing in risk. Its main innovation is its ability to detect fraud before it happens via behavioral analysis technology. The company relies on big data to analyze user behavior throughout the banking system, and uses dynamic profiling to establish a risk profile on an individual level.

NetGuardians is headquartered in Yverdon, and has offices in Kenya, Poland, and Singapore, with yet more expansion planned. 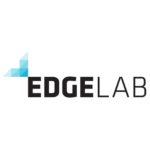 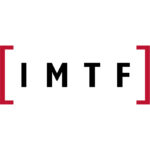 Last but not least, IMTF, a company founded in 1987, provides fintech solutions and regulatory compliance software to banks, financial institutions and other industries globally. IMTF is one of the most comprehensive providers in the regtech space, offering innovative and reliable software solutions which enable clients to increase efficiency achieving significant cost reductions with assured compliance.

IMTF was named one of the Top 10 Regtech Solution Providers for 2019 in the APAC region by the APAC CIO Outlook magazine in September, and was crowned Best Innovative Client solution at the 7th WealthBriefingAsia Singapore Awards 2019 in July.

IMTF is headquartered in Switzerland with offices in India, Luxembourg, Austria, the United Arab Emirates (UAE), Ireland and Singapore.

Digital Transformation And Cybersecurity Are Top Concerns Of CROs