While China’s Banking Regulatory Commission (CBRC) doesn’t allow banks to issue credit cards to college students below 18, they tend to find alternative methods of paying their studying loans, like “naked” loans through P2P lending platforms. There have even been incidents of students commiting suicide due to the burden of their debt addressing the need to strengthen the supervision for damaging school loans and to ban any form of debt collection.

China’s Banking Regulatory Commission (CBRC) in 2009 set strict stipulation on issuing credit cards. Banks are not allowed to issue credit cards to college students below 18 years old. Those over-18-year-old students who want to apply for a credit card need written consent from their parents who is also secondary source of repayment, their guarantor.

With the growth of internet finance, P2P lending platforms are coming into this market. These days those without a credit history or parental approval can borrow money which had lead to reckless behaviour among college students.

A college student in Henan Province (Central China) committed suicide because he could not afford the debt of $90,000. He stole 28 classmates’ identities to borrow this unusually large amount of money.

Female college students can send nude photos of themselves holding their ID. This serves as a debit note to borrow money through the app. Creditors can threaten the girls if the debt is overdue. Additionally, they have the added pressure of the lenders sending these naked selfies to their friends and family. QQ and Wechat are common places to arrange the “nude loans,” Loan sharks can sell the nude photos of female student borrowers in online chat groups, unfortunately even after they paid what they owe, state newspaper Legal Daily explains.

These stories are now frequent and highlight problems with China’s largely unregulated—online lending market. When some college girl had debt add up to $14,990 which is over what she originally owed $524,65, she took to prostitution to repay her debt.

Last year’s statistics from internet firm Tencent shows that out of 8000 students in this survey, 21% college students had ever borrowed money online before and 50% have never done it but they were interested. 62.2% of those did borrow funds spent the money on digital devices, which is higher than entertainment clothes and restaurants. It is estimated 8.5 million college students used these internet loans for shopping.

Currently, there are three kinds of companies offering overdraft and cash installments. One is consumer finance companies. Another is e-commerce organizations like Alibaba and JingDong. Lastly online installment platforms Qufenqi and Fenqile. Some platforms’ advertisements are misleading and even hide certain terms and conditions. They lure the students with the satisfaction of owning expensive gadgets and clothes, forgetting the small-print.

The platforms attract students with a pretty low rate from 0.99% to 2.38% per month. Actually it is higher than a regular credit card. But when it is overdue, the penalties are quite horrifying. The rate of fees range from 0.5% to 1%. Small companies even charge 7% to 8%.

Some platforms collect a certain amount of services fee and deposit. For example, the advertisement says the rate per month is 2% but failed to give correct details that there are other fees such as a significant service fee of 5%. These descriptions are misleading to these impressionable young adults.

The CBRC and Department of Education used to hand out a notice that requested to strengthen the supervision for damaging school loans and has banned aggressive debt collection. Also, they hope the universities can educate students’ on their financial situation about healthy values in consuming and knowledge about finance and borrowing money.

The middle class is in an awkward position

Unlike the US, there is no commercial student loan in the Chinese market. Students from poverty-stricken families are able to apply for sponsored student loans showing proof of economic difficulty.

Few excellent students can get scholarships and students from the middle classes are in an uncomfortable and pressurised situation, as funding for higher education in China is not for the wealthy and now supporting an adult son or daughter to go to college is very common.

Parents used to be typically relaxed about funding education when the students were in high school, which has encouraged these students to apply for these unregulated loans. Due to a large increase in tuition fees, middle-class families can no longer afford to pay for their child’s education, putting them in the same situation as the low-income students. 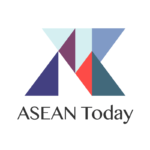