Fintech in Myanmar, an Overview

In countries like Myanmar, financial inclusion is a topic of growing importance. The rapid advances in technology are changing the way people access and consume financial products. In Myanmar, fintech companies and corporations are capitalizing on the country’s rapid development and increasing smartphone and Internet penetration to offer low-cost, user-friendly digital financial products.

One of these companies is Wave Money, a joint venture between mobile phone service provider Telenor, First Myanmar Investments (FMI) and Yoma Bank. Wave Money has developed a mobile money transfer platform, offering an instant, safe and convenient way of sending and receiving money. The solution was created in response to a growing need for simplified banking services. 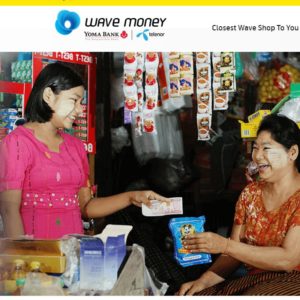 “There’s a lot of urbanization,” Brad Jones, CEO of Wave Money, explained. “The banking system doesn’t cater to the mass market. […] As people move from those regions, they need to send money home. […] We saw an underlying need for money transfers that are available seven days a week, around the clock.”

Launched in mid-2016, the service allows users to transfer money via their mobile phones or in person at one of the 4,000 Wave Shop agents. In October 2016, Wave Money became the first company to be registered under the new Mobile Financial Services Regulation.

“This regulation allows Wave Money to leverage Telenor’s extensive distribution network to provide mobile money accounts to people otherwise excluded from the formal financial sector,” Jones said in a media release. “Customers will be able to send money throughout the country, without the need for a bank account.”

Most recently, Wave Money signed a partnership with the United Nations Capital Development Fund (UNCDF) and the Australian Department of Foreign Affairs and Trade (DFAT), to use digital gamification to increase financial literacy and inclusion of women, in particular.

One of the main reasons of their financial exclusion is the lack of information that reaches women, as well as poor guidance available on where and how to use financial services that meets their needs.

While Myanmar nationals have limited access to formal banking, they do increasingly own mobile phones. The mobile phone penetration rate in Myanmar, which barely touched double digits in 2013, reached around 50% of the population in 2015. 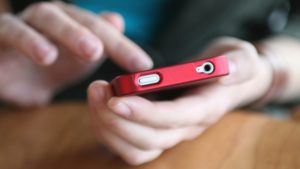 According to the Ministry of Transport and Communications, the number of data users has risen 20 fold, from 2% to more than 40%, since the country allowed foreign telecom operators to enter in 2014.

However, the World Bank estimates that less than 20% of the population uses formal financial services.

Digitalization could bring millions of people into the financial system, offering them secure, regulated and reliable services. In emerging countries like Myanmar, corporations and fintech startups have started waking up to this enormous opportunity.

Unsurprisingly, electronic and digital payment is the most popular area that’s being tackled in Myanmar.

Under the partnership, T2P will share its experience in developing both fintech and customer-loyalty programs by providing the technology to run its loyalty and online wallet platform.

Win Win Tint, founder and managing director of City Mart Holding Ltd., said that the joint venture’s first product will be City Rewards, a loyalty program that will give customers various rewards when they shop at the retailer’s stores. The program will come with an online wallet which users will be able to use to make payments at its online and offline stores.

“We will be launching our online store by the middle of this year to give customers more options for their shopping. […] We will start with our consumers first to make their shopping experience in our stores more convenient. […] Our efforts with T2P will enable us to introduce new services such as online shopping and self check-out,” she said.

Another venture is Red Dot Myanmar, which enables users to purchase mobile top-ups, pay bills and buy products at shop partners throughout the country via its payment network. The company provides merchants with terminal and tablet hardware integrated with its services. These services and systems are managed through Red Dot’s central transaction processing platform.