Against the backdrop of a looming Brexit on March 29th and the need for Revolut to ramp its hiring activities, its founder Nik Storonsky has voiced its concerns over the British government’s lack of progress on the fast tracking of visas for top tech talent. Much like the rest of the tech sector in UK, fintech is also greatly reliant on foreign talent. 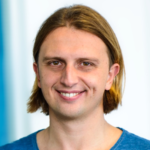 Nik Stroronsky commented that, “It’s a no-brainer that bureaucratic processes, red tape and numerous delays will see tech talent choose to go elsewhere, especially with growing competition from tech hubs across Europe. The UK government has talked a great deal about supporting our successful fintech industry, but there seems to have been no real special accommodation made yet for businesses when it comes to visas.”

However London’s loss could be Singapore’s gain, in light of an uncertain Britain, statements from Revolut seems to indicate that it will drive to bring jobs and tech talents to Singapore. The company is eyeing to double its workforce from 750 to 1,500 by the end of this year.

The fintech unicorn has made clear its interest to work with education bodies to produce high calibre talent to meet Revolut’s global growth needs — skills which are heavily centered around Artificial Intelligence, Machine Learning, Data Science, and UI/UX design.

Ahead of its launch in Singapore, Revolut has attributed their decision of making Singapore its Asia Pacific headquarters to the city-state’s fintech friendly regulator framework and entrepreneurial environment. Singaporean in turn showed great interest in their service with over 150,000 customers having already signed up for their waitlist.

Revolut’s explosive growth is a known fact to most in the industry, shortly after signing up 3 million users, the London fintech darling announced that they now have 4 million users and their sights are set on reaching 100 million users within the next for years.

The London-based fintech has also released it’s latest growth figures, it reveals that Revolut has boosted its Weekly Active Users (WAU) from 500,000 in July 2018 to over 1.2 million in February 2019, while Monthly Active Users (MAU) have increased from 900,000 to 1.9 million in the same time frame.

On a daily basis, Revolut is now signing up over 10,000 news customers, compared to around 7,000 just 6 months ago. It is currently transacting over US$ 4.6 billion every month.

Timo Interview: We Have Just Launched the Coolest Bank in Vietnam