Operated by Ripple Gateway Pte Ltd, Ripple Singapore is a Ripple gateway that uses the Ripple network to acquire, store and convert precious metals into any currency.

Launched in January 2014, the service is Singapore’s first major Ripple gateway and the first in the world that allows customers to deposit and withdraw gold, silver and currencies into and out of the Ripple payment network.

Users can either acquire bullion directly via the company’s ‘Bullion Counter,’ or indirectly from other users.

Users maintain a balance in a Ripple wallet, while bullions are vaulted in Singapore.

The company has partnered with Silver Bullion Pte Ltd to store all precious metals. Gold and platinum are held at the Certis CISCO Center II and silver at Ferrari Logistics. Currency balances are kept with Singapore’s OCBC Bank, the country’s oldest.

The Ripple network, a “federating protocol for value”

“We were bitcoin enthusiasts but saw the Ripple network as a more ambitious project – a federating protocol for value,” James Cox, Co-Founder at Ripple Singapore, said, explaining his motives to launch the service.

“What SMTP did for messages and HTML did for information, Ripple will do for value.”

Created and developed by San Francisco-based Ripple Labs, Ripple is a payment protocol and exchange network that interconnects the world’s financial systems.

The Ripple protocol is essentially a share public database that includes a ledger that serves to track accounts and balances associated with these accounts.

As a distributed ledger, it is continually and automatically updated by the computers connected to the Ripple network which are all working together to maintain a perfect, shared record of accounts, balances and transactions. 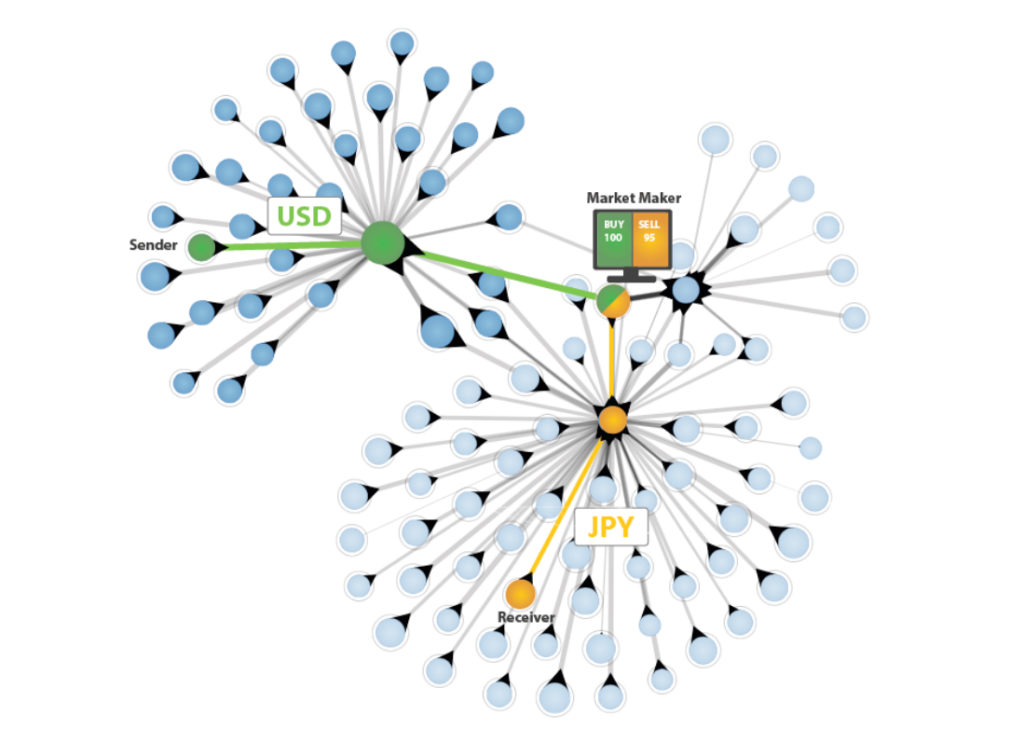 Gateways, such as Ripple Singapore, are businesses that provide a way for money and other forms of value to move in and out of the Ripple consensus network. They are a critical component of the Ripple network.

“We have two goals,” Cox continued. “Firstly, to help Singapore integrate into the Ripple Network. Secondly, to give physical gold and silver utility in the blockchain era,” he said.
Ripple Labs, a venture funded by top VCs including Google Ventures, IDG Capital Partners, ChinaRock Capital Management, Andreessen Horowitz and Lightspeed Venture Partners, has mostly recently opened an office in Australia to tap into the APAC region and respond “to the growing demand for Ripple’s real-time settlement protocol in the region.

According to Dilip Rao, Managing Director at Ripple Labs’ new office in Sydney:

“Ripple is the connective tissue that connects bank ledgers. We’re able to connect banks to be able to transact real time, cross-border settlements without friction while allowing countries to retain their currencies and regulatory oversight— we’ve received great positive responses so far from banks in the region.”

As a matter of fact, some of Australia’s ‘big four’ banks, namely Westpac Banking Corporation, the Australia and New Zealand Banking Group and the Commonwealth Bank of Australia, made headlines in June when they announced they were experimenting with peer-to-peer transfers on the Ripple protocol.

“The solution we’ve developed is faster than other alternatives in the market today, providing same or next-day payment. This technology could be very beneficial to all Australians, providing a low-cost and fast method of sending low-value payments overseas.”

Meet The 6 Cryptocurrency Exchanges In Philippines Registered With BSP