Online-lending service for students SoFi (Social Finance Inc.) is close to raising about $500 million in a funding round expected to be led by private equity firm SilverLake Partners to bolster the expansion of its online-lending businesses and personal financial services. The investment round should include several Asian investors like Japan’s SoftBank and others.

The new international group will purchase SoFi’s loans as well as take an equity stake. The fundraising round values SoFi at $4.3 billion, higher than its previous valuation of $3.2 billion.

Closely held SoFi started out in 2011 by refinancing student loans. In 2015, San Francisco-based SoFi issued $5 billion in loans. That had grown to more than $15.5 billion by early this year. It’s since chased a much wider vision, expanding into personal loans, mortgages, wealth management and life insurance.

The Fund has recently sold a portfolio with AAA rating by Moody’s worth $380M, which sounds like an investment opportunity for pension and insurance funds (which, in turn, would open this newly emerged market to conservative investors).

The past year put forward the question of lending startups’ refinancing (so they would be able to lend money to ever-increasing client base) as the number of these startups and growth rates of these businesses make them seek for sources of external financing such as credit lines from pension, insurance and hedge funds (which are not able to invest in lending startups directly due to inherently high risks of the latter) and loans from banks with cheap money.

In certain cases they also turn to portfolio securitization (when the debt of similar maturity structure and liquidity risk is assessed by external auditors, pooled and sold to investors wholesale as security) since venture financing can’t provide enough money for them.

Specialized platforms offering such securities appear and facilitate trading. As far as securitization is concerned, while big players are coping with it by themselves, smaller firms need specialized platforms and funds to act as their intermediaries.

Credit portfolio securitization issue (as well as accessibility of long-term and cheap financing sources in general) is crucial for India and Southeast Asia, where the abundance of lending startups and their inability to scale-up to the national level lead to “hen and egg” problem (not enough money as long as there are not enough borrowers and vice versa). Japanese and Korean funds could play facilitating and unifying role if they untie this Gordian knot.

Let’s turn back to the problem I have mentioned above: the “hen and egg” issue (sufficiency of both borrowers and funds to lend to them) is gradually turning into the “vicious circle” problem (to attract enough capital one has to be skilled at risk management, which forces one to differentiate on the market not by the price factor but by focusing on the target audience and understanding its behavior).

Another problem is “ecosystem presence” (when an attracted client leaves, if not offered any new products).

Investors on these platforms become more pragmatic and they are no longer hooked by the fresh approach of projects, but tend to look more at expected profitability versus potential risks. They also become bigger (the key players in capital deployment through such services are funds and banks), and as a result startups are required to improve their reporting and process management (more expertise in securing loan portfolios, than in innovation in finance).

As I have already mentioned, there is a whole new wave of startups (and funds) that focus solely on investing in this kind of services (for example, Russian-American Black Moon).

A mere idea of a loan marketplace (mediator space between capital holders and potential borrowers) is no longer relevant: you need to be as focused and differentiated as possible: to manage risks better (by means of big data or localization for some specific audience’s needs), or have some unique offer (on specific conditions, pledge or its absence, ways of issuance, specific clients), or the largest amount of money to invest (then again we return to the question of clients number and quality of risk management).

As described above, almost all startups in this field work within the borders of one country, while the necessity to unite lenders and borrowers from different countries is becoming more and more audible. The developed markets (Japan, Korea, Singapore, Hong Kong) are well endowed with money and have low interest rates.

The developing economies like India, Brazil and Indonesia are in need of capital (preferably at lower interest rates, which are still high enough for investors from the developed markets). In order to make the movement of capital possible, platforms need to work their way to international expansion and have a sufficient level of trust (brand awareness, sufficiency of the present audience and experience in risk management).

Most probably, in the near future we will see the services, which will give people an opportunity to lend and borrow money across borders, leveraging advantages of the best-in-class services in each country.

Featured Photo by OpenClipart-Vectors via Pixabay.com 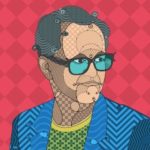 Managing Partner at Life.SREDA VC. One of TOP35 most influence fintech-persons in the world and TOP100 fintech leaders in Asia