In mid 2016, after sifting through copious amounts of reports, studies and our own internal evaluations we’ve come up with a definitive list of the 30 hottest fintech startups in Singapore. 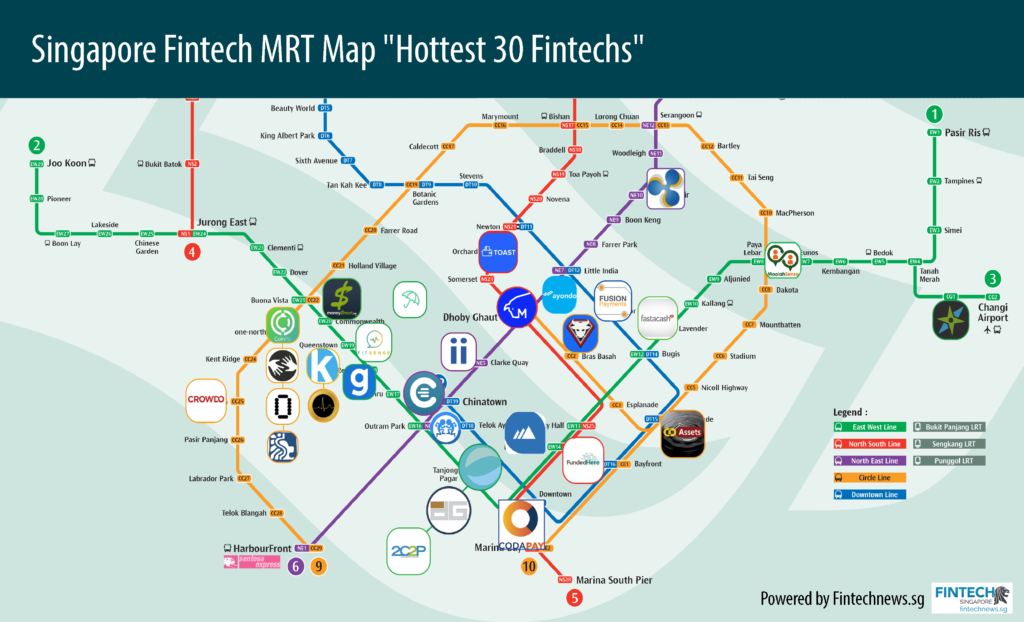 2.5 years laters, We thought it’d be an interesting experiment to see what has happened to them and how accurate our picks were.

Here’s what they’ve been up to:

Fastacash, a social payment platform that allows users to transfer value along with digital content through social networks and messaging platforms, has disappeared from the web.

The last update we got from Fastacash was in 2017 when Myanmar’s MyPay was reportedly in talks to acquire the company. No official announcement has been made and the Fastacash website has been taken down.

Fastacash had raised more than US$23 million in funding.

Toast, a remittance startup targeting the unbanked demographic, is still operating though hasn’t given many updates since 2016 when it raised US$1.5 million, its latest funding round.

Toast initially used the Bitcoin blockchan to transfer money but the startup eventually gave up using Bitcoin for remittances so it could get licensed in Singapore. It is now transferring money the traditional way but plans to offer loans and insurance using blockchain and smart contracts, according to a March 2018 Reuters report.

CoinPip is a payments platform helping businesses send money end-to-end to employees, freelancers and contractors around the world in under 48 hours, avoiding bank transfer fees and forex charges.

The startup recently launched its crypto-to-fiat system, allowing customers to use cryptocurrencies as payment for remittances and mass payments, a feature designed to ease the hassle of regular payout and salary remittances.

Kyepot is digital group savings and borrowing platform allowing users to invest, borrow and earn with just a few taps on their phones.

Kyepot was incubated by Startupbootcamp Fintech Singapore before it hit Indian shores in 2016. Today, the startup focuses on the Indian market and has partnered with leading chit funds, a type of rotating savings and credit association system practiced in India, including Chetana Chits Haveri and the Mayavaram Financial Chit Corporation.

The company recently launched MoolahSense Active Intelligence (MAI), the first blockchain and cloud-based artificial intelligence (AI) platform that monitors loans and borrower business activities in real-time in order to prevent and anticipate delinquency, fraud and default. It has also partnered with Vietnam-nased AsiaInvest to develop a digital lending platform for SMEs in Vietnam.

Founded by a group of veterans from the forex and securities industries, M-DAQ is a platform that prices and trades exchange-traded products in a multitude of choice currencies by blending “executable” forex rates into equities and futures products. The platform aims to bring down the high forex spreads by working as an Asian forex trading center.

Last year, M-DAQ developed a prototype solution in partnership with the Singapore Exchange (SGX) to allow investors to view real-time prices of the component stocks of the Straits Times Index in selected currencies.

Canopy has partnered with Credit Suisse, which is also one of the startup’s investors. It raised nearly US$5 million in September 2018 and opened a Swiss office in November to expand its markets.

InvoiceInterchange is a P2P invoice trading marketplace that allows businesses to auction their outstanding invoices to investors for immediate cash.

InvoiceInterchange has recently announced a partnership with Networked Trade Platform (NTP), a national trade information management platform, to provide greater accessibility to finance for businesses, as well as a partnership and integration with Xero, one of the fastest growing cloud accounting software providers. The company is now focusing on integrating with more cloud accounting software and platforms.

OTDocs, a blockchain-based data management application for companies in the international trade and supply chain industries to securely manage their flow of documents, has pretty much vanished from the web.

Its website has been taken down and the last update we got from OTDocs was in September 2016 when the company won the SMFG Business Development Award. OTDocs participated in Startupbootcamp Fintech Singapore’s 2015 acceleration program.

Otonomos is a company services bureau for the blockchain and crypto economy, allowing entrepreneurs to form, fund and govern real-world, blockchain-chartered companies.

Otonomos is currently working on a new product and plans to use a network token to open source the development of real-world companies on the blockchain for the benefits of the public.

Ripple Singapore, a ripple gateway acting as an entry and exit point for both bullion and a selection of fiat currencies, closed its gateway operations on October 2016.

According to a Reddit post, the closure was due to OCBC shutting down the gateway’s back account in early 2016 and the strategic tack by Ripple to do business with banks and financial institutions only.

Digix Global is a smart asset company on Ethereum. The company tokenizes gold on the Ethereum platform, leveraging blockchain technology for its immutability, transparency and auditability by applying it to precious physical assets.

Digix Global is currently promoting the adoption and the use case of our gold-backed token, DGX. It is also launching the first working, live version of the DigixDAO platform. This is where autonomous governance will be on display for DGD token holders who will have a say on proposals that will drive real-world adoption of DGX. 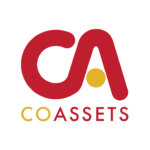 CoAssets has been focusing on growing its businesses around the region, with the vision of becoming a regional fintech leader. The company launched the CoAssets Stirling Fort Absolute Return Fund (CASFAR), which will undertake collateralized lending, in September 2018. The fund gives accredited investors a way to invest in the regional SME lending space and will engage mainly in SME bridging loans, with loan tenures generally less than 12 months.

FundedHere is a licensed equity and lending-based crowdfunding platform for promising businesses in Asia.

In August 2018, the company closed down FundedX, a private exchange to trade shares of high growth startups, citing the lack of appropriate regulatory approvals to carry the activity. It has been focusing on expanding to growth markets including Indonesia and Malaysia.

Crowdo is a licensed peer-to-business loans and equity crowdfunding platform that connects businesses trying to raise funds with investors looking to invest in promising entrepreneurs and SMEs.

Crowdo has regulatory approvals in Singapore, Indonesia and Malaysia. The startup was named one of ASEAN’s top top innovative startups based on its innovation in AI and impact in Indonesia by the World Economic Forum in October 2018.

Developed by MyHero, TradeHero is a free stock market simulation app, which draws real-world data from stock exchanges to create an unrivalled global social investment network. TradeHero’s mission is to provide a platform for traders to monetize their investment expertise, by democratizing trading in a social and gamified mobile app.

In 2016, European fintech group Ayondo took over operational control of the TradeHero brand outside of China and the US. Since then, there’s been little news about the platform.

Shereit has remained rather quiet in the last few years, the last update being its participation in the Startupbootcamp Fintech Singapore acceleration program in 2015.

MoneySmart started as a mortgage comparison platform under the brand SmartLoans.sg. Since then, MoneySmart Group has grown into one of the largest financial portal in Southeast Asia operating in Singapore, Indonesia and Hong Kong through its brands MoneySmart.sg, MoneySmart.ID and MoneySmart.hk.

MoneySmart is planning an initial public offering (IPO) in 2020. 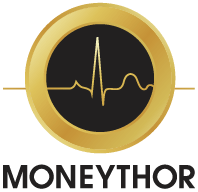 Moneythor develops software providing more intelligent and contextual digital banking for customers and enhanced marketing and analytics for financial institutions. Its solution comes as a set of software components delivered as APIs.

Moneythor signed partnerships with Standard Chartered and ANZ in 2018 to integrate the startup’s technology. In August, it was nominated to the Fintech Power 50, a global list of influential and up-and-coming fintech businesses.

WeInvest expanded into the United Arab Emirates in October 2018 after raising US$12.2 million in a Series A funding round in May and announcing its tie-up with OCBC Bank and CGS-CIMB Securities to provide its robo-advisory platforms for their clients.

Call Levels is a fintech startup operating across consumer and business verticals. Its core product is a market monitoring mobile application, Call Levels, that services more than 500,000 investors globally. The company also offers a chatbot solution enabling more meaningful engagement between relationship managers and their clients.

Call Levels has remained quiet since 2017 when co-founder and director Cynthia Siantar resigned from the company as it began moving toward an enterprise product. The startup expanded into Hong Kong in 2016.

Smartkarma launched in May 2018 Boost Research, an accelerator program for independent research providers. In 2018, the company announced partnerships with CorpXAsia and the Singapore Exchange, and expanded into North America with the opening of its New York City office.

FitSense is a data analytics platform that works with insurance companies to reduce insurance premiums for anyone with a smartphone or wearable. FitSense enables health and life insurers to personalize products and services by using app and device data.

FitSense has remained rather quiet in the past years, the last update being Australian insurance group Cover-More acquiring a majority stake in the startup in December 2017.

PolicyPal is an insurtech startup providing a platform that allows users to manage their policies in one place, understand where they have duplicate or missing coverage, and find d the policies that are the most suitable for their needs.

In 2017, the team behind PolicyPal launched PAL Network, a separate entity developing a blockchain platform for the insurance industry. PAL Network has inked partnerships with numerous firms including Toyota Tsusho, Allianz Malaysia, FWD and Ergo. 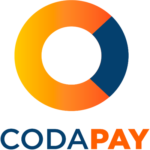 Coda Payments is a digital payments startup focusing on the Southeast Asian market. Coda’s flagship offering is Codapay, an alternative payments service that enables digital content providers to accept payments using payment channels that every consumer can use, even if they don’t have a credit or debit card. Coda also operates Codashop, where we sell Google Play gift codes, Steam Wallet codes, and other products to consumers.

Coda Payments has remained quiet these past years. In 2016, it raised a US$2 million Series A funding round. 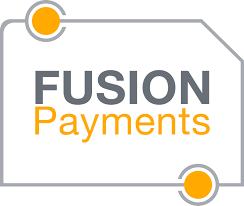 Fusion Payments, a Sydney headquartered payments startup enabling telco operators to provide secure mobile payment and checkout services, has given no updates in the past years and the company’s website has been taken down.

Payswiff, formerly Goswiff, offers integrated payment gateways and mobile applications for online, mobile and in-store payments. The startup was acquired in 2017 by Paynear, which specializes in payment gateway, for US$100 million.

MatchMove has been busy collaborating with other companies in 2018, partnering with the likes of SlicePay and tmw on varied projects. MatchMove has also received an investment from Indonesia’s Kren in April 2018 and appointed a new CTO in October 2018.

Kashmi has remained quiet since launching its “360° fully digital banking product” in Q1 2017.

2C2P is payments company offering a number of services tailored for the needs of ecommerce and mcommerce merchants, banks and financial institutions of any size.

2C2P has been collaborating with many partners on various projects this past year including HSBC, Central Department Store, Thai Airways International, and Thailand Post. 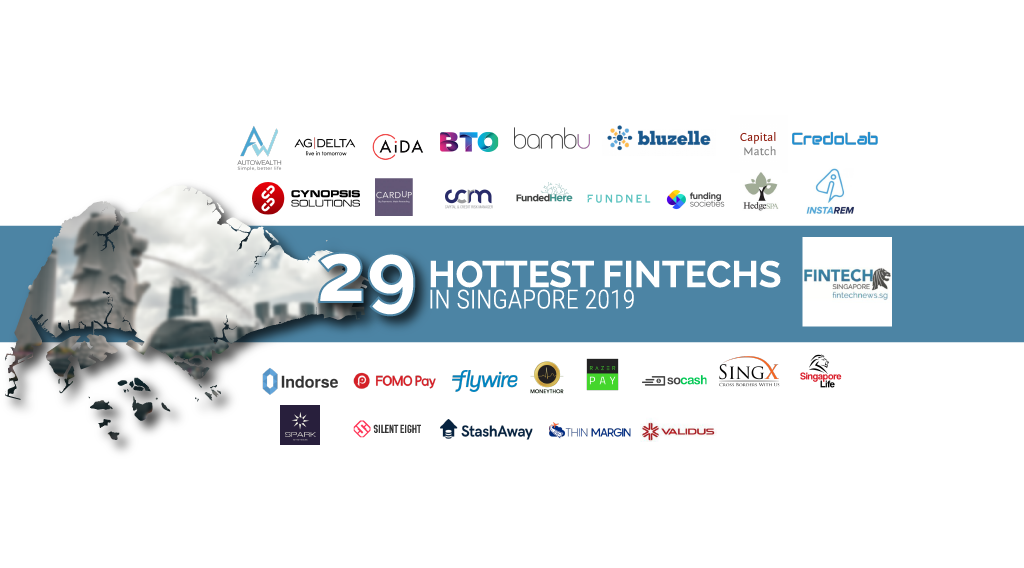 The Finlab Introduces The First Accelerator Programme For traditional SMEs