Bitspark, a bankless money transfer platform, has just launched what it claims to be the first market-ready cryptocurrency pegged to the Philippine Peso (PHP)—named the peg.PHP

Based in Hong Kong, the blockchain-enabled company made the revelation today, following its recent launch of “the first” Hong Kong Dollar-pegged stablecoin, Sparkdex.HKD.

Stablecoins here refer to cryptocurrencies that are backed by and pegged to the price of existing real-world assets. Launching a stablecoin has been all the rage lately too, with parties like Facebook developing a stablecoin for money transfers that is reportedly worth US$1 billion. 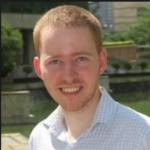 “The launch of peg.PHP is part of our ongoing commitment to use blockchain technology to improve the money transfer ecosystem, including bill payments.”

“There are more than 180 official currencies today and blockchain technology can unlock currencies that were previously gridlocked into isolated or illiquid (not easily converted into cash) markets.”

peg.PHP is Already Part of a Payments Pilot

Australian cleantech company Okra Solar, a company with off-grid solar solutions for remote regions, is reportedly the first company lined up to use peg.PHP in the Phillipines. Okra Solar will be utilising the stablecoin for its end-to-end payments network.

Okra Solar aims to offer reliable energy to remote communities that would not usually access it, and thus, has to contend with getting payments from people that can’t afford the fixed transaction fees that more traditional mobile money operators charge on small transactions.

Therefore, Bitspark’s platform could be a game changer for them as users would still be able to make payments in the familiar PHP.

Okra’s customers can pay their solar bills via the Bitspark App, or via cash deposit a participating shop in Bitspark’s network, as the company runs peg.Php in the background. The pilot aims to reduce the cost of transactions to virtually zero, and will not require Okra to physically send out cash collection agents from the mainland to receive the payments.

3 Crypto Companies in The Philippines You Should Know