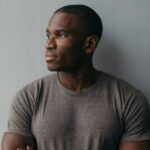 According to BitMEX co-founder and CEO Arthur Hayes, they see a substantial amount of trading volume from users in the Philippines.

“We are confident in the transformative potential of cryptocurrency and PDAX’s ability to widen access to the Philippines market and provide the tools to learn more about financial markets,”

Founded in 2017, PDAX currently works closely with selected regulators to ensure safe and secure buying and selling of cryptocurrencies and other digital assets. And besides regulatory developments, the blockchain startup also seeks to enable the trading of commodities, real estate equities, and debt securities in token form.

PDAX obtained its virtual currency exchange (VCE) license from the the Philippine central bank or Bangko Sentral ng Pilipinas (BSP) last year, allowing it to facilitate the exchange of Philippine Peso with cryptocurrencies, tokens, and other forms of virtual currency, such as Bitcoin (BTC), Ethereum (ETH), Ripple (XRP), Litecoin (LTC), among others.

Philippines’ 7-Eleven to Deploy 300 ATMs By Next Year