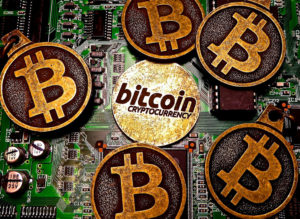 Blockchain technology refers to a protocol that allows peer-to-peer transfer of assets over the Internet. Unlike traditional systems which require trusted entities to verify and validate transactions online, a blockchain-based system is maintained and updated in real-time by a network of computers linked through specific software. It creates a fully decentralized, tamper-proof record of ownership.

Blockchain’s unique characteristics allows financial institutions to tailor their products and services continuously to promote more ease of use to the unbanked and underbanked.

For instance, in the Philippines, local company Coins.ph provides Filipino users a mobile, blockchain-based platform to allow them to send money at a more affordable and faster rate than traditional solutions. Blockchain allows Coins.ph to build an application to facilitate fund transfers without the need to rely on the existing bank infrastructures.

Nairobi-based BitPesa offers a pan-Africa platform for global money transfers. BitPesa received funds in the origin currency, which it then transfers into digital currency. The digital currency is transferred via the blockchain in near real-time to a digital wallet in the destination country. It can then be converted into local currency and paid out.

The company initially focused on remittances, but pivoted to payments and business-to-business foreign exchange services. It opens corridors for business payments and trade between Africa and the rest of the world.

In India, Unocoin enables individuals and businesses to buy, sell, store, use and accept bitcoin. The company provides a bitcoin wallet with a point-of-sales platform. It also partners with other blockchain business providers to increase the application of bitcoin in India and improve its processes.

India is the world’s largest remittance recipient at US$69 billion in 2015. Bitcoin has become a popular alternative option that brings more safety and less cost to people and businesses, according to a new white paper by the Chamber of Digital Commerce and the Georgetwon Center for Financial Markets and Policy at the McDonough School of Business.

“Given the importance of financial inclusion and the complex nature of the obstacles, collective action from private sectors and government is required to provide innovative solutions within a supportive ecosystem.

As of December 2016, the global average cost of remittance was 7.4%. Meanwhile, financial institutions that use blockchain technology offer lower costs for cross-border payments, typically ranging between 1% and 3%.

Going further, several organizations and companies have dedicated themselves to tackle an even fundamental barrier facing many of the unbanked: the lack of official identification.

In particular, Humaniq aims to provide a mobile wallet designed for the cheapest Android smartphones, making it affordable to the greatest number of people.

The Humaniq app will use biometric identification technology, such as face and voice recognition, to verify user accounts, and will allow individuals to transact and store Humaniq Coins. These tokens are intended to be used as a store of value and a means of payment.

Bio-identification will serve two functions on the Humaniq network: a form of identification, and as a method of accessing user wallets that replaces passwords and cryptographic keys.

Featured image: Businessman choosing bitcoin over other currencies on virtual screen isolated on white background, by Svilen G, via Shutterstock.com.