Vietnam’s first digital bank Timo – which stands for “time is money” – has on-boarded 4,000 customers since launching earlier this year, highlighting the appetite of Vietnam’s millennial generation for all things mobile. Their story reminds of successful US digital only banks such as Moven and Simple- but is even more.

Timo has neither branch nor offices. Instead, its only physical presence is a cafe in downtown Ho Chi Minh City. Dubbed the Timo Hangout, the place is where newcomers are introduced to the digital bank’s products and services, and where the company conducts all required KYC checks and formalities for on-boarding new clients.

Timo’s co-founder and CEO, Claude Spiese, has lived and worked in Vietnam for 20 years. He is a former software consultant who has meticulously studied the habits of Vietnamese consumers.

“We found they have lots of bank accounts; if there’s a new promotion or product, they’ll open another account,” Spiese told CNBC in an interview last week. “There’s not much loyalty, so our challenge is, how do we get that loyalty? It’s not through competing on 1 percent interest on products. It’s on lifestyle.”

Timo is one of these so-called neo-banks that are proposing a new way for people to manage their finances. These startups are essentially focusing on providing customers with cheaper banking products and services, and a convenient digital experience.

These players are leveraging mobile apps and digital platforms to allow customers to access their money and manage their finances on-the-go.

Mobile bank users globally are forecast to more than double by 2019, according to a 2015 KPMG report, and the millennial generation, born from the 1980s to the early 2000s, is the main reason for this trend.

Real-time mobile access to personal financial information has become a baseline expectation among millennials and digital banks, such as Simple and Moven, have understood that.

Simple, formerly BankSimple, is an American direct bank that provides checking accounts through a partnership with The Bancorp.

Simple was acquired in early 2014 by Banco Bilbao Vizcaya Argentaria (BBVA), Spain’s second-largest bank in a US$117 million deal, according to VentureBeat.

Moven is a mobile-centric banking app that has raised over US$24 million from investors to become the “bank of the future.” Users manage their finances via an app. Moven provides them with a debit card, contactless payment functionalities, and real time spending insights.

Given Vietnam’s young and increasingly plugged in population, it seems like Timo has come at a perfect time. 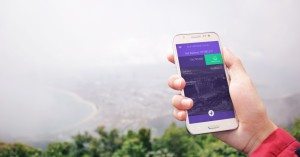 Speaking to Fintechnews.sg, Spiese said that his company’s target customers were essentially “any city dweller with a smartphone and 3G who uses a lot of apps.”

Timo plans to open another Hangout in October, this time, in Hanoi. The company has already raised US$5 million in seed funding from private investors.

12 Essential Fintech Tools For Expats and Travellers Heading To Singapore

Are These 2 Vietnamese E-Wallet Alternatives Better Than Paypal?